The suspect has been remanded for seven days to assist in the MACC investigation. 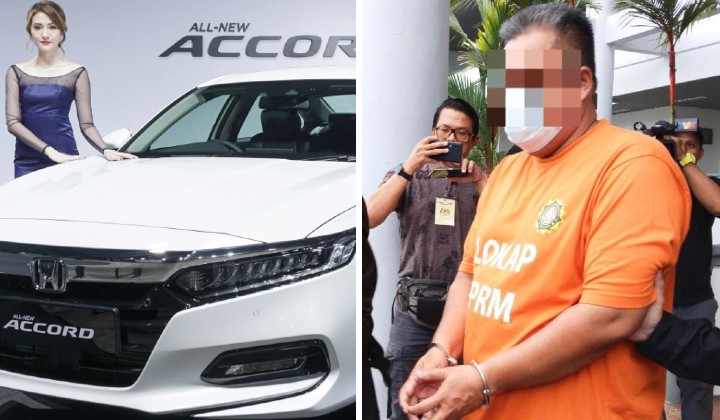 Many people pay bribes in cash or gifts to get an education and proper health care, to speed up administrative procedures, or to avoid paying a fine.

A bribe is also given to someone to persuade them to make favourable and biased decisions for business gains.

But what they simply see as a way to get things done is a crime, and people who take bribes are also as guilty as the bribe giver.

A bribe is not necessary for cash, it can be disguised as a gift, money, property, privilege, or even a personal favour.

A director at a public university in Melaka was arrested after being suspected of accepting a Honda Accord car as a bribe.

The man, in his 50s, was detained by the Malaysian Anti-Corruption Commission (MACC).

He works as a Director at the university’s Facilities Management Division.

MACC Melaka director, Mohd Shahril Che Mat, said the man was arrested at the MACC office in Melaka on 19 September after appearing to testify about the case.

He is suspected of receiving a bribe of movable property, a Honda Accord 2.4 estimated to worth RM174,500. A contractor from Klang, Selangor, had given him the car as an incentive to get an open tender worth RM1,654,350.

He is being remanded for seven days until 26 September to assist in the investigation.

Magistrate Mazana Sinin issued the remand order after granting the MACC application, per Section 17(a) of the MACC Act 2009.

Is Corruption A Malaysian Way Of Life?

The case will likely erode public confidence in integrity against taking bribes.

A survey by Transparency International Malaysia between July 2019 to June 2020 finds that 71% of Malaysians think government corruption is a big problem.

The Parliament, police, and government officials ranked the highest for the perception of corruption, with 36%, 30% and 28% of Malaysians surveyed, respectively.

The survey also found that 39% of all respondents strongly believe corruption is rising.

Malaysia sits at no. 57 out of 180 countries in the Corruption Perception Index in 2020.

Still, this doesn’t mean it is acceptable, and everyone in Malaysia is concerned about corruption.

People on the street constantly talk about corruption committed by public servants and politicians.

At least, no one can say today that they can freely bribe anybody for anything in Malaysia.

You can try to bribe government officials or politicians in Malaysia at your peril.