The wife and suspects had tried to cover their crime by removing the hard drive connected to a CCTV. 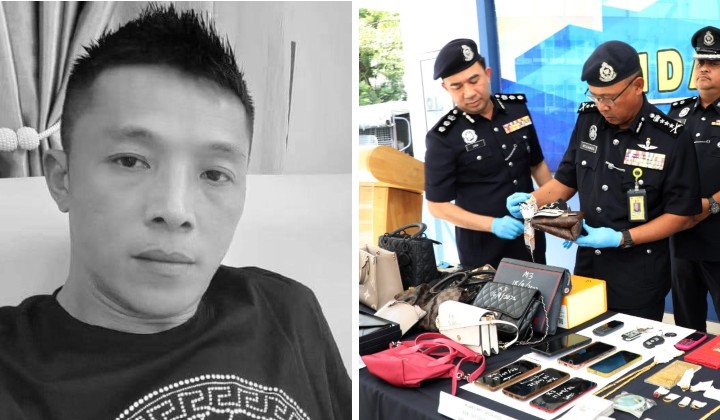 Police investigations revealed that the wife was suspected of hiring people to kill her husband and had done it out of revenge and self-interest.

Selangor police chief Datuk Arjunaidi Mohamed said in a press conference that police followed the clues to arrest the 37-year-old wife to assist in the investigation.

Arjunaidi added that the female suspect had planned and prepared to kill her husband for a long time.

The crime unfolded at their home in Taman Aneka Baru, Sungai Udang.

Police were immediately dispatched to the scene after receiving a report at 2:14 am.

They found the victim lying on the ground in blood, and the medical staff confirmed that he had died.

The 41-year-old victim was stabbed at least 14 times and died on the spot.

The wife had initially lied about two men in black clothes and masks breaking in from the house’s front door.

She claimed that the perpetrators looted and stole designer bags, gold jewellery and RM40,000 before fleeing in a BMW sedan.

The wife also alleged that the losses came to about RM100,000 in total.

Police have since arrested four local men who are suspected of stabbing the husband to death.

The suspects were detained in Klang, Negeri Sembilan and other places.

Police also seized a BMW sedan in which they escaped and the gold jewellery and cash stolen from the victim’s home.

The four suspects are between 20 and 36 years of age and have multiple criminal records.

The five suspects will be detained for five days to assist in the investigation. Once the investigation report is completed, it will be handed over to the deputy prosecutor to decide the next course of action.

Arjunaidi said the forensic team at the Selangor Police Headquarters was called to the scene.

They collected evidence and found several items that could assist the investigation, including CCTV footage from the scene.

The police later uncovered the truth by relying on the data in a CCTV, despite the hard drive already removed to hide the crime.

While interrogated, the wife eventually confessed that she and the murderers involved were acquaintances.

At the time of the incident, it was said that the victim had bruises on his chest, arms and face.

He even tried to climb over the wall for help but fell dead in front of his home.

Police are investigating the case under Section 395/397 (gang robbery) and Section 302 (murder) of the Penal Code.