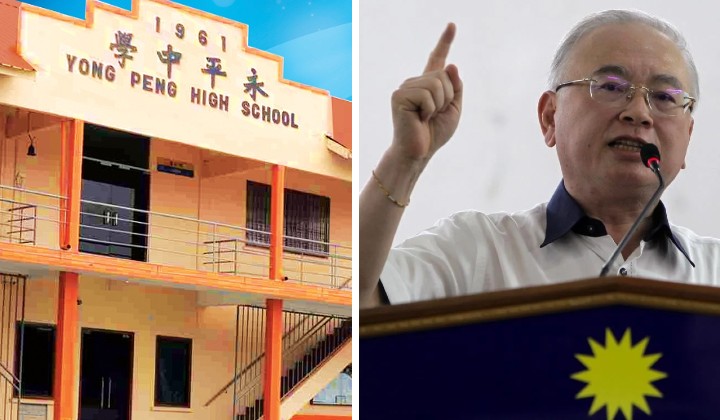 Confucius, China’s most renowned philosopher, believed that everyone should have equal access to education.

Likewise, Chinese parents place great emphasis on obtaining a quality education all the way to a top university.

They regard education as a top priority, and have always been willing to give to academics.

Recently, Yong Peng Chinese High School has achieved a new record in the highest amount of donations collected by a school.

The school collected a whopping RM30mil, with RM20mil coming from the pocket of corporate figure Ma Wong Ching and his brother Ma On May.

At the same time, another RM10mil was collected through public donations.

A Long Tradition Of Respect For Education

Wee added that the school will receive a further RM200,000 from the Johor state government.

Yong Peng Chinese High School is in the Ayer Hitam constituency, where Wee is the incumbent MP.

The Yong Peng state seat is also currently held by MCA which it wrested from DAP during the state election in May this year.

Previously, Wee had also played an instrumental role in securing funds for the same school, including RM75,000 in 2017.

They depended solely on school fees and donations from the community for all expenses, including teachers’ salaries.

These schools do not receive funding from the federal government except for one-off contributions.

However, some state governments such as Penang, Sabah, Sarawak and Selangor provide financial assistance.

They receive either full or partial financial assistance from the government and also need to rely on donations.

SJKC offers the same national syllabus used by SK schools and used to provide the same UPSR examination, which has since been abolished.

Can anyone from sjkc tell me why you guys need those donation. Does the goverment did not fulfil its obligation in giving adequte funds towards chinese school ?

Despite being on their own, many independent Chinese schools have thrived thanks to solid management backed by dedicated teachers and supportive parents.

Currently there are 60 independent Chinese high schools in Malaysia.

Foon Yew High School in Kulai is the largest secondary school in the country with over 10,000 students.

Language Is Not An Obstacle To Unity

Due to the quality education they provide, Chinese schools are also much sought after by parents from other races.

Another compelling reason is that Mandarin is the most widely-spoken language in the world.

Parents appreciate the fact that being able to speak the Chinese language can truly expand the future employment pool for their children.

Critics have called for the abolishment of vernacular schools on grounds that they discourage national unity.

It was also said that students from Chinese schools have poor command of Malay language.