The money was for his ‘girlfriend in The Netherlands’ whom he met on Facebook for two months. 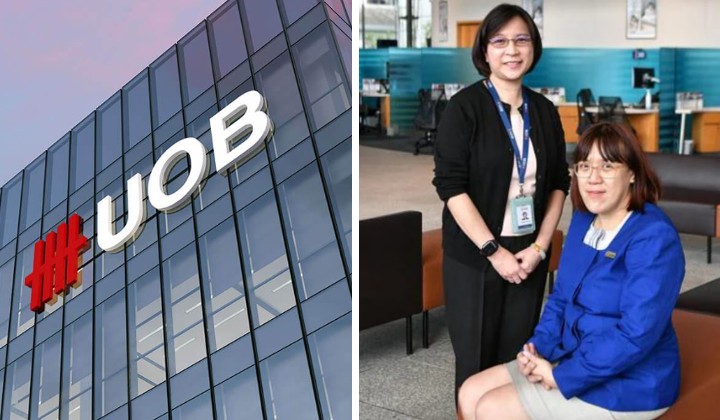 Millions of people turn to online dating apps or social networking sites to meet someone.

But many find scammers trying to trick them into sending money instead of finding romance.

His ‘girlfriend from the Netherlands’ had asked him to send the money to an offshore account.

The man tried to make the transaction at United Overseas Bank Limited, often known as UOB.

Thankfully, a bank employee who suspected something fishy saved him in the nick of time.

Straits Times reported that the bank’s service associate Jenny Hong got suspicious, as the account holder’s name and the account number did not match.

When Hong asked the man why he needed to send money to the overseas account, he became unsettled.

It was odd because he was trying to bank in such a large amount of money into an account that was not his. He kept saying it was very urgent and when I asked him more about it, his answers grew more and more incoherent.

UOB service associate Jenny Hong to Straits Times on her interaction with the bank customer.

Hong, who has over 27 years of experience working for UOB, dutifully alerted the bank’s assistant branch manager Alison Cheng.

Cheng tried to help the man realise that he was being scammed and talked him out of his intention to send the money.

I asked if he had seen scam articles in the news. He said yes, but insisted he was not being scammed. He said it was love and his girlfriend needed the money urgently.

UOB assistant branch manager Alison Cheng to Straits Times on helping the man to come to his senses.

The effort was not wasted as the man suddenly changed his mind and cancelled the transaction.

Anyone Can Be Scammed

Online dating has been around for some time.

Anyone can fall for a scam, regardless of age, gender, race, income or education level.

In recent years, victims were also forced into human trafficking and worked for the syndicates themselves.

Romance scams occur when a criminal adopts a fake online identity to gain a victim’s affection and trust.

What are the signs of an online dating scammer?

Here are five tell-tale signs to help you spot a romance scam.

Romance scams can lead people to give hundreds or thousands of dollars to someone they have met online. A cybersecurity expert shares insights on why some people become victims of online dating scams, and what can be done to prevent it. https://t.co/bwnLNbEaN6 pic.twitter.com/Zx4zWga4wf