Netizens are debating the matter as tributes poured in from Muslims across the globe for the late Queen Elizabeth II. 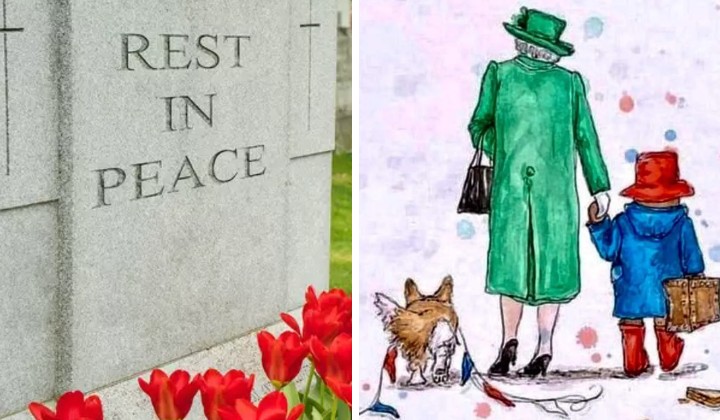 Muslims have been told not to pray for forgiveness for non-Muslims or are forbidden to say ‘Rest in Peace’ or RIP for short.

According to the Office of the Mufti of the Federal Territory (PMWP), the act is prohibited and clearly stated in the clear text.

However, PMWP said Islam respects human death very much where it is sunnah for Muslims to offer condolences and good words to non-Muslims.

In Islam, sunnah, also spelt sunna, are the traditions and practices of Prophet Muhammad (pbuh) that constitute a model for Muslims to follow.

According to PMWP, praying for peace and tranquillity for non-Muslims who have died is prohibited according to the scriptures.

This is because the concept of Islamic faith and prophethood does not accept the forgiveness of people who die in a state of shirk, so there is no need to ask for forgiveness for them.

PMWP on accepting the forgiveness of people from an Islamic perspective.

PMWP added that if the prayer is to pray for a person to be blessed with Islamic guidance or the goodness of the world, it is allowed.

It’s also noted that appropriate and good condolence is allowed to be given to non-Muslims as long as the person is not hostile to the religion of Islam.

PMWP also reiterated that Islam is a harmonious and flexible religion in worldly affairs towards all groups regardless of religion.

The comments by PMWP came in the wake of internet users debating the issue of RIP by Muslims towards non-Muslims following the recent death of Queen Elizabeth II, the world’s longest-serving monarch.

#QueenElizabeth II AND THE CONFUSED MUSLIM

Is it permissible for a MUSLIM to say RIP or pray for forgiveness and mercy for a disbeliever who died in a state of kufr (disbelief)? pic.twitter.com/nwecQBhOwt