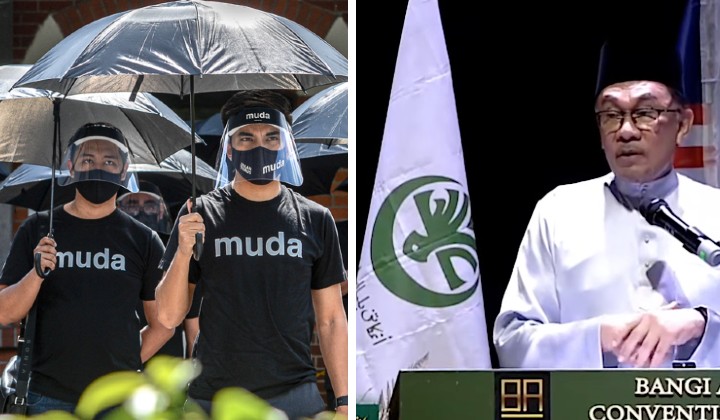 Pakatan Harapan (PH) is still in discussions to finalize the distribution of seats for the 15th General Election (GE15).

He added that Democratic Alliance (Muda)’s application to join the coalition is still being considered.

Previously, PH had set up a committee regarding Muda’s wish to join them.

In addition, PH is seeking to clarify the conditions for parties that wish to join PH

The president of Muda, Syed Saddiq Syed Abdul Rahman, was previously reported as saying that the party agreed to join PH as one of the component parties in the coalition to face GE15.

Muda said it is open to formal discussions with the PH Presidential Council, with the coalition aiming to resolve the seat negotiation issue by 30 September.

Anwar made the comments after attending the Sanawi Muktamar and the Islamic Cosmopolitan International Conference organized by the Malaysian Islamic Youth (ABIM) today (17 September).

Datuk Seri Anwar Ibrahim on paganizing others, saying it is not an Islamic tradition and should not be allowed.

Dr Mahathir, who is Parti Pejuang Tanah Air (PEJUANG) chairman, had claimed that PAS is now an infidel party.

The Langkawi MP used the derogatory term on PAS for collaborating with UMNO and non-Muslim parties to gain positions.