The grandfather said he was in the house to collect rent from a woman in her 40s. 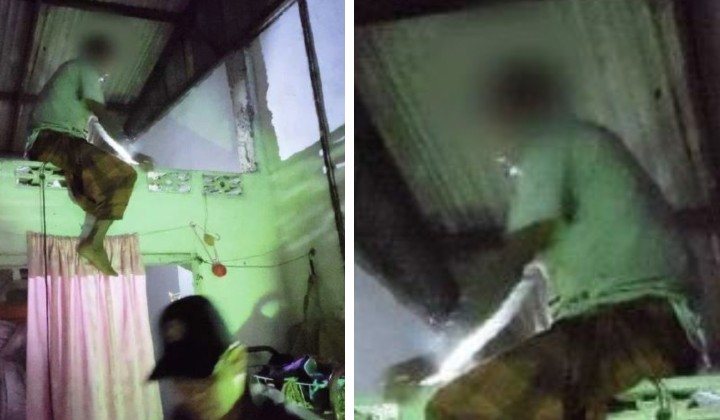 Do people over 60 still have sex lives?

Men have to accept many changes as they age — less hair, less muscle — but less sex doesn’t have to be one of them.

It’s common for men in their 70s or older to have sex if they are healthy.

However, a 73-year-old senior citizen went too far when he climbed the ceiling of a house more than a meter high.

He did that to avoid being arrested for khalwat (promiscuity) by the Kelantan Islamic Religious Affairs Department (JAHEAIK).

Almost Caught With His Sarong Down

JAHEIK was conducting what it calls Ops Banteras on 15 September to prevent immorality in conjunction with Malaysia Day.

Its Syariah Law Enforcement Division caught the elderly man red-handed as he tried to avoid getting arrested.

During the raid, a woman opened the door before the members did an inspection and found an older man climbing the house’s ceiling.

When questioned, the elderly claimed to go to the woman’s house to collect rent.

The couple was then detained for further investigation.

Meanwhile, the authorities arrested five individuals in their 20s, including two couples, in a room at about 5.10 am on 16 September.

The two couples, who are also college students, claimed that they stayed at the hotel in question to do a group assignment given by the lecturer.

The enforcement officers had to wait more than half an hour before the couple opened the door.

They were detained for investigation per Section 50 of the Syariah Criminal Code Enactment Bill (1) 2019.

Mohd Fadzuli said the operation would continue occasionally, and the community is advised not to engage in immoral acts.