A close friend of Siti Bainun denies the claim that there was just one witness, alleging that three other individuals also saw the accused committing the act. 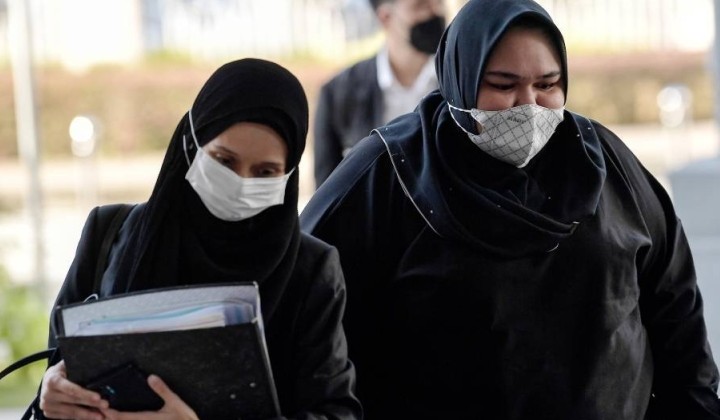 Zurianty Sudin, 39, an assistant manager at a private company, claimed that ” Eyna, ” Aida,” and “Balqis” all shared a house with Siti Bainun and Bella at the time of the incident.

The first prosecution witness, who was recalled to testify, stated this under cross-examination by Siti Bainun’s attorney, Muhammad Farhan Maaruf, at the trial of her alleged neglect and abuse of the 13-year-old teenager.

Apart from Yasmin (Yasmin Nahar Mahmood), do you believe that no one has ever witnessed Siti Bainun abusing Bella?

Which means, you are aware that people other than Yasmin witnessed Siti Bainun abusing Bella.

According to The Star, Yasmin previously testified that she witnessed Siti Bainun torturing Bella every day between March 2021 and June 24, 2021.

In response to a question from Siti Bainun’s lawyer, Nurul Hafidzah Hassan, the witness stated that she knew an activist named Mona Din and had first interacted with her on Facebook.

Zurianty stated that she was shocked that the activist posted the footage of Bella’s injuries on Facebook, and that she never gave the video to Mona Din and did not support the woman’s behaviour of spreading the issue on social media.

Siti Bainun, 30, is charged with two counts of neglecting and abusing the teenage girl. Between February and June 2021, the victim suffered physical and emotional suffering at a condominium unit in Wangsa Maju.

The trial before Judge Izralizam Sanusi will resume tomorrow.

Mounting Criticism Over Handling Of Bella, Rina Harun Insists Her Ministry Did What They Could