The woman said she had been paying the car’s monthly instalment promptly for a year. 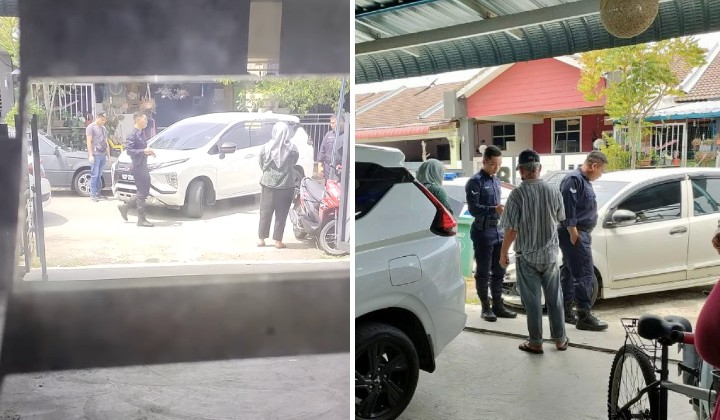 It is not uncommon for people to purchase a car or house in the name of another person.

It’s due to specific reasons, including the creditworthiness to get financing from banks.

Some people think it’s alright if the property is put under the name of family members or someone close to them.

But the reality is that there are many significant risks, and you may be in for big trouble.

A Car’s Title Dictates Ownership Of The Vehicle

If you put the car entirely in someone else’s name, you could be forfeiting any car ownership rights.

Recently, Facebook user and single mother Zura Putra shared how she was upset when her ex-husband’s siblings suddenly confiscated the family car.

The car is said to be a Mitsubishi XPANDER, a seven-seater family-friendly crossover.

As the car was driven away from her home, the tense moment was recorded and shared on Facebook.

Zura said the car was a source of income and helped her take care of the children.

She also acknowledged that the vehicle was bought in the name of one of her ex-husband’s family members.

But throughout that period, all related costs were borne by her alone.

When they came for the car, she did not have time to do any preparations and could only watch helplessly.

Throughout the year of using it, Zura said that she has consistently paid the cost of the car’s instalments on time.

She does not want her ex-husband’s family member to get a bad credit report.

They had promised to switch the ownership to her name in two years.

But less than a year later, the deal was reneged upon.

Despite the misfortune, the woman was moved when one of her neighbours was willing to lend her a car.

At the very least, it can be used for his business and sending his children to school.

Even so, Zura will still try to find her new car in the future.

Most netizens offered comforting words and gave her some advice.

They told her to be more careful next time as it is as much an emotional decision as a financial one.

Also, they pointed out that it does not matter who pays for the purchase.

The home or car always belongs to the person whose name is mentioned in the agreement for sale.

At the same time, netizens said such problems had been around for the longest time, and there is much advice on social media.