The Pahang government’s decision to fly their flags at half-mast has drawn some criticisms. 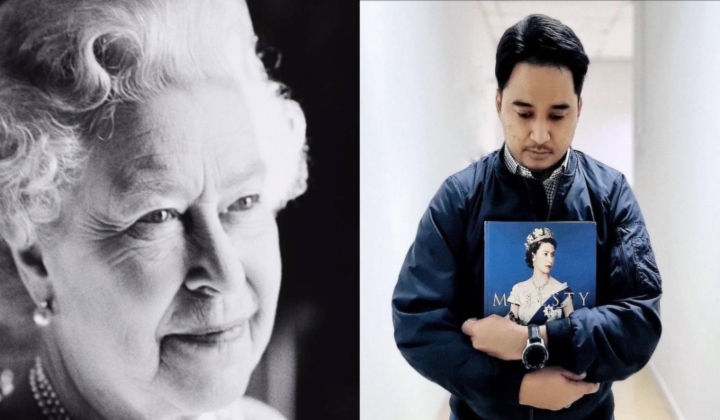 Queen Elizabeth II, the world’s longest-serving monarch who led her subjects for over seven decades, has passed away peacefully at the age of 96.

At the age of 25, when Her Majesty ascended to the throne, she went from being a young naval bride and mother to a busy Head of State. She became renowned for her sense of duty and her commitment to a life of service, and she was a key figurehead for the United Kingdom and the Commonwealth in both times of crisis and joy.

British citizens were seen grieving outside Buckingham Palace, singing “God Save the Queen” as news of Elizabeth II’s death spread.

The British High Commission also declared that its flags will remain at half-staff until the conclusion of the state funeral for the longest-reigning monarch in British history. In the United Kingdom, funeral ceremonies are supposed to last ten days.

The Vibes stated earlier today that Pahang will also be joining the United Kingdom and other nations in mourning the passing of Queen Elizabeth II by flying its flag at half-staff for three days beginning tomorrow. Most people, including Malaysians, are mourning her death.

A user on Instagram dedicated a post to the Queen, and many individuals commented that his statement was accurate and aspirational.

Someone remarked that without the assistance of the Queen, our nation would still be colonised to this day.

However, a few Malaysians remarked that it was pointless to grieve the death of their colonisers for 60 years after they had quit colonising our country.

A Twitter user claimed that showing respect for the passing of the Queen is essential. However, avoid thanking her for “returning” something that was originally ours.

Several Internet users have joked that our fallen freedom fighters would be saddened to see Malaysians grieving over the death of the Queen.

Twitter user @HafizRayyan said it is a shame for the state of Pahang – the birthplace of the late Mat Kilau, Dato’ Bahaman, Tok Gajah, and Mat Lela who took up arms to repel the British colonists – to fly flags at half-mast for 3 days only because of the death of Elizabeth II.

Lizzy died in Balmore. Not in Bentong. https://t.co/zKK9lxGRiW

So, what are your thoughts?

Queen Elizabeth II Passes Away Peacefully At 96YO

You Can Watch ‘Mat Kilau’ On Netflix Starting This Malaysia Day