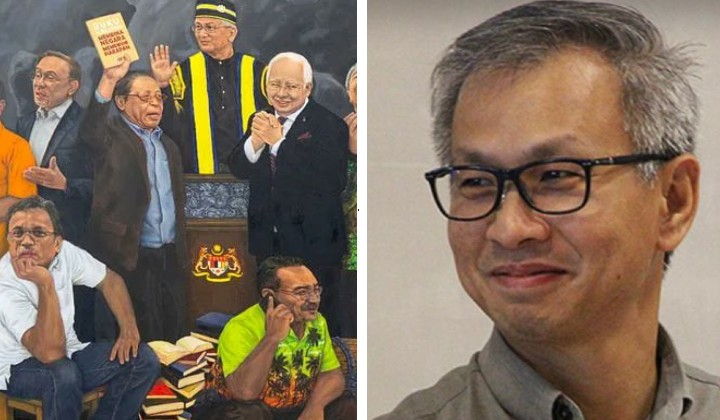 What is the largest source of funding for political parties?

One of the largest funding sources comes from party members and individual supporters through membership fees, subscriptions and small donations.

Recently, Damansara MP Tony Pua raised RM1.3m for the party as it prepares for GE15.

The money was raised after 8,888 copies of the “Sheraton Move” digital painting were sold in less than 28 hours following a public launch sale on 31 August.

The success was announced at a press conference by DAP leaders.

Pua said the Langkah Sheraton NFT is backed by ownership of a physical, rare, and critically-acclaimed oil painting of immense historical value that will last for generations.

The entire proceeds from the Langkah Sheraton NFT sale will go towards DAP, as part of the campaign funds for GE15.

DAP lawmaker Tony Pua on the artwork as a support towards democracy and good governance.

The artwork was initially an oil painting to celebrate the birthday of DAP veteran Lim Kit Siang before it was made into a Non-Fungible Token (NFT) project.

The painting was conceived during the movement control order (MCO) in 2020 and after the infamous Sheraton Move, which led to the fall of the Pakatan Harapan (PH) government.

You can now own a digital copy of the “Langkah Sheraton NFT Project”. The 120cm x 160cm oil painting was created and completed by Tony Pua in January 2021 as part of a curated project to celebrate the birthday of DAP veteran @limkitsiang.

The images are available on http://Opensea.io and http://Rarible.com, and other digital token exchanges and will be open for sale until 16 September 2022.

They are sold as non-fungible tokens (NFTs) at 45$MATIC per design, which is currently about RM186.