The accused, who had held his job for nine years, pleaded not guilty to the charges. 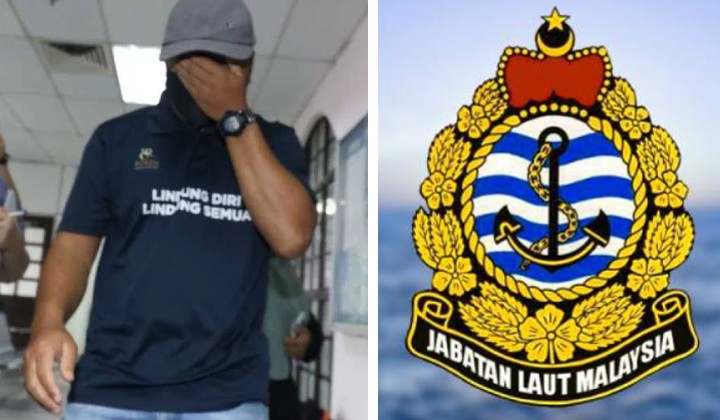 Recently, a civil servant from the Marine Department of Malaysia (JLM) Southern Region was indicted at the Johor Bahru Sessions Court on two charges of making fraudulent claims.

He pleaded not guilty after the charges were read against him before Judge Datuk Ahmad Kamal Arifin Ismail.

According to the first charge, Hazreen, in his position as Sea Assistant Grade A22, deceived his employer with a document demanding overpayment for April 2020 amounting to RM359.41.

For the second accusation, the father of the three children submitted a travel claim for April 2020 amounting to RM311.10.

The claim was supposedly for carrying out official duties at lighthouses between 2 April 2020 and 30 April 2020.

The tasks include monitoring, cleaning and safety control.

However, the accused did not carry out the duties, thus misleading his employer.

The accused allegedly committed the crime at the Batu Pahat Marine Office in May 2020.

He is being charged under Section 18 of the Malaysian Anti-Corruption Commission (SPRM) Act 2009, and punishable under Section 24(2) of the same Act.

The accused faces a maximum sentence of 20 years imprisonment and a fine of five times the value incurred or RM10,000, whichever is higher if found guilty.

The SPRM prosecutor, Ikhwan Ihsan Jalaluddin, said that an offence under the section could not be bailed.

He asked that the bail be set at RM10,000 should the court wants to allow it.

Convincing The Judge To Lower The Bail

The accused, who was unrepresented, asked the court to reduce the bail amount because he only received half his salary and was suspended from duty starting today.

In addition to caring for his wife, who is not working, he also has to support two children who are still in school and one younger child.

My father also just passed away last May, and now I bear the burden of the debt, besides I still live with my mother because of emotional disturbances,” he said, having served nine years in that position.

The judge then set bail at RM5,000 with one surety and directed that his passport be submitted to the court until the trial was over.

The Sessions Court set the case on 29 September for the documents submission and appointment of lawyers.

Meanwhile, netizens described the crime as dishonest, deplorable and severe abuse of trust.

But what struck them is that small-time offenders are swiftly punished, while high-ranking civil servants and politicians continue to walk free despite stealing much more.

At the same time, netizens argued that the Marine Department could have just rejected the claims and taken internal disciplinary actions.

They felt it was too heavy-handed for the accused to be taken to court, especially over a small amount.