Tengku Maimun and four other Federal Court Judges presiding over Najib’s final appeal are hailed by Malaysians as the nation’s saviours. 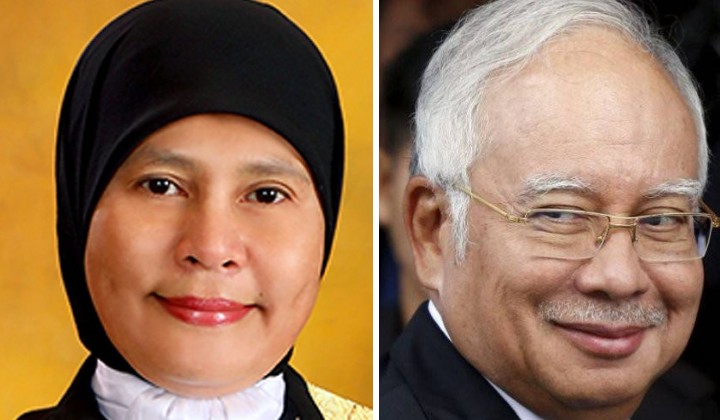 Heading a five-judge panel, she affirmed Najib’s conviction and sentence in the SRC International corruption case.

The much-awaited case, since it began to be tried in 2019, ended with Najib being sentenced to 12 years in prison and a fine of RM120 million.

Following the decision issued by the Malaysian legal system, the people’s attention was also focused on the figure of the Chief Justice.

Her name was probably the most popular among netizens on social media.

Salute to our CJ Tengku Maimun for having the gumption to say as it is. Our judges will not fall for Najib and his team’s ploy. Stand firm My Lords and My Ladies, rakyat is with you all! @MYJudiciary https://t.co/Q77ZdaHNeS

Born in Kota Bharu, Kelantan, on 2 July 1959, Tengku Maimun continued her studies in law at the University of Malaya and graduated with honours in 1982.

A mother of four, Tengku Maimun began her legal career as a legal officer at the South Kelantan Development Board (KESEDAR) in 1982.

Two years after that, Tengku Maimun served as a legal officer at the Seremban Municipal Council, Negeri Sembilan.

Good morning and here is hoping for a new chapter in our history as a nation, towards a corrupt free Malaysia! A big thank you to Tengku Maimun and the Federal Court judges for upholding justice.

In 1986, she joined the Judicial and Legal Service as an Assistant Parliamentary Draftsman in the Drafting Division of the Attorney General’s Department.

Among Tengku Maimun’s other duties in the field of Malaysian law.

On 8 January 2013, she was later appointed as a Judge of the Court of Appeal, the second highest court in the Malaysian judicial system.

And then, on 2 May 2019, Tengku Maimun made history again when she became the first female Chief Justice in Malaysia.

Throughout her contribution and career in law, she has been awarded various royal titles and the Seri Setia Mahkota with the title ‘Tun’, as reported by Berita Harian.

Cases Under The Management Of Tengku Maimun

Among the high-profile cases handled by Tengku Maimun is the death of Mongolian model Altantuya Shaaribuu in 2006.

She also handled a sedition case which involved the famous politician and lawyer, the late Karpal Singh.

Tengku Maimun was the sole judge who disagreed that the deceased should be convicted despite attempts to intervene in the judiciary at that time.

As for the SRC International case, Tengku Maimun was part of the seven judges of the Federal Court who unanimously agreed to allow the first trial of Najib (on the misappropriation of 1Malaysia Development Berhad funds) to begin.

The other judges are:

For this year’s Lex Gala, we are proud to have YA Datuk Nallini Pathmanathan as our Guest of Honour. Her Ladyship is currently serving as the Federal Court Judge of Malaysia. pic.twitter.com/3X4upMvElV

Their Ladyships Tengku Maimun TM, Nallini Pathmanathan and Mary Lim TS are forces to be reckoned with when it comes to their judgments on citizenship provisions.

First with CTEB, and in Nov 2021, the Federal Court decision in CCH delivered by the Chief Justice. Inspiring.