The cattle breeders suffered a lost of around RM50,000 with the 28 dead cows. 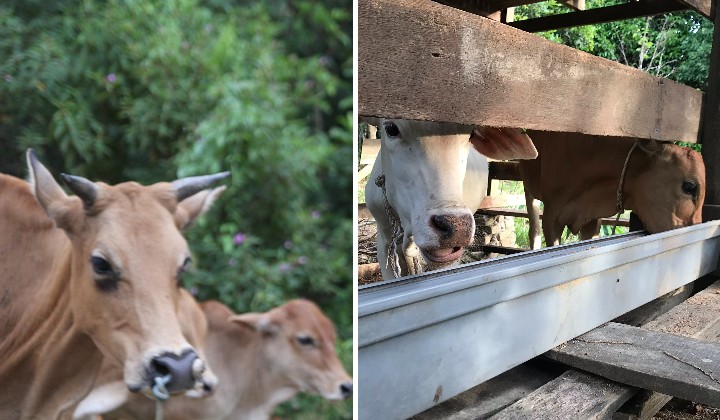 Around 28 cows from the Charolais breed were found dead in Kampung Teresek, Pasir Mas, Kelantan last Saturday. The 28 cows including those who were pregnant were suspected to be poisoned, reported Kosmo!.

This brought a total loss of approximately RM50,000 to the 8 cattle breeders in the area.

Among the breeders, Ismail Husin, 62, said that he found the carcasses nearly 300m from his pen, with their mouths filled with foams. He was informed of the occurrence by a friend who’s also a breeder.

“My heart sank when seeing the 13 cows that I owned lying on the ground, lifeless. What made it all more heart-wrenching was there’s also some pregnant females in the herd that was about to give birth.”

He further adds to Kosmo that they suspect the cows were poisoned after finding a few water containers filled with water and a mixture of paddy fertilizers near the area. This is the first time something as unfortunate as this happened to him in his 20 years of cattle breeding.

“I’ve reported this incident to the Pasir Mas Police Station recently because we suspected that there’s an element of foul play”, added him.

This is not the first time something like this has happened in Malaysia. Foul play and animal cruelty have happened quite often in the past few years among cattle breeders.

In January this year, 40 cows were found dead in Trong, Perak which resulted in an RM160,000 loss for the sole owner. Back in 2018, 12 cows were found dead, believed to be poisoned via the same technique (paddy fertilizer combined with water) in Sri Kemuting, Kelantan.

Recently in July, 11 cows were found dead – bloated, filled with maggots and flies – in Kuala Nerus, Terengganu, suspected to be left there by irresponsible owners. They were said to be smuggled into the state and suffocated as they were carried on a few very packed lorries.