The police had not received any report regarding the incident. 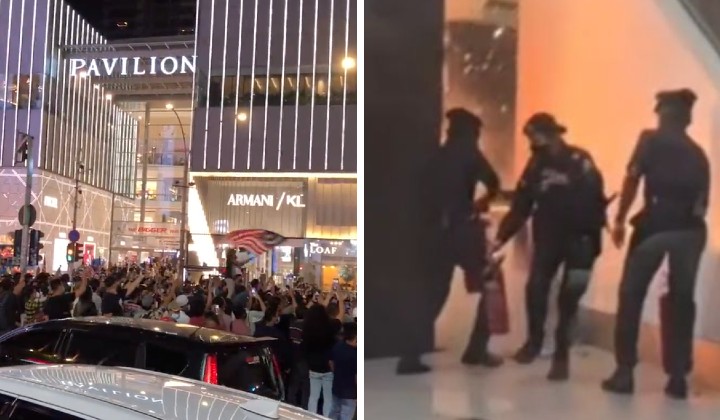 Kuala Lumpur Fire and Rescue Department (JBPM) said the building management informed them about an “explosion involving the wiring system” at 6 pm.

The fire caused by a short circuit was extinguished immediately, and the situation was brought under control by the shopping centre’s management.

The spokesperson was quoted by FMT as saying they had not received any official report regarding the incident.

The video of the incident went viral on social media, including a video recorded when the “bang” happened.

Emergency response team members rushed out of the fire as smoke filled the mall.

The fire is said to have disrupted the Kuala Lumpur Fashion Week 2022 event held at the shopping centre.

Dang Wangi District Police Chief Noor Dellhan Yahaya also said that no report had been made when this news was written.

Popular TV host and actor Datuk Aznil Nawawi said he was surprised by the incident.

It happened while waiting his turn to walk on the catwalk during the Kuala Lumpur Fashion Week (KLFW).

God, what is this thing? Like something exploded. We were at the Pavilion and the incident happened behind the KLFW stage. Everyone is confused plus the smell of smoke. Danger and fear.

In the video, the Pavilion Auxiliary Police was seen to have taken early action to control the situation, including the public’s safety.