Police confiscated cash, necklaces, bracelets, vehicles and clothes worn by the suspect during the crime. 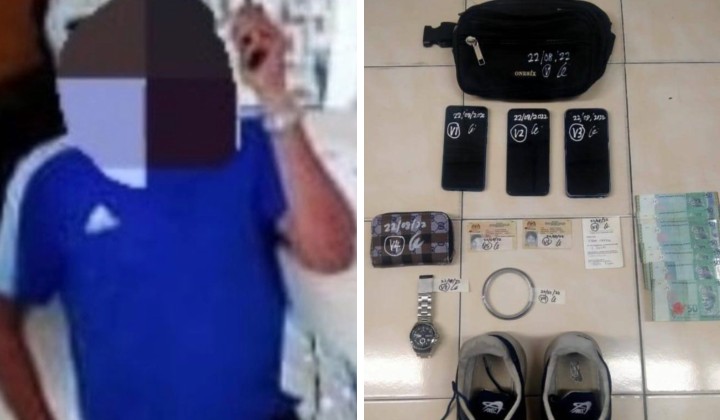 An Indonesian woman was kidnapped by gangsters posing as employees from the Immigration Department.

They took the victim to a hotel where she was raped before leaving her on the side of the road.

The victim was on her way to work in Pandan Indah with another fellow Indonesian when the incident happened on Sunday morning (21 August).

He said the two men demanded to check their passports and work permits and asked them to get into the car.

While en route, the suspects took the their belongings and cash. The victim’s companion was taken to an area in Serdang and left on the side of the road. The victim was then taken to a hotel in Balakong before being robbed.

The victims lodged their report at the Kajang Regional Police Officer (IPD).

Following the report, police successfully tracked and arrested the two suspects in a house in Jasin, Melaka, on Monday morning (22 August).

In the raid at 3 am, police confiscated cash, jewellery, vehicles and clothes used by the suspects at the time of the incident.

The investigation found that the first suspect was 40 years old and had 18 past criminal records, including three records wanted for drug abuse.

The second suspect had 13 criminal records, including a wanted case.

Both suspects were brought to the Ampang Court this morning for remand requests and further investigations.