The local council is roasted for burdening the people unnecessarily with summonses. 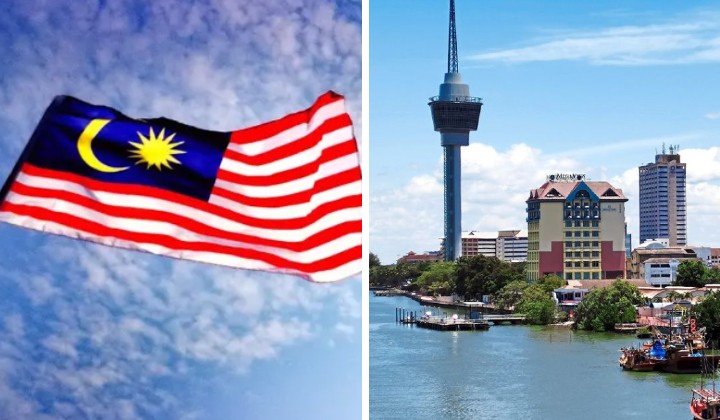 Businesses in Kuantan have been reminded to fly the Jalur Gemilang or pay a fine, and the people are unhappy about it.

Kuantan City Council (MBK)’s Public and Corporate Relations Section head, Norkamawati Kamal, said the trend has been happening for the past few years.

She was quoted by Sinar Harian as saying that it happened due to the lack of patriotic spirit among the owners of business premises around the city.

Almost 85% of the premises around Kuantan have not been decorated with or hoisted the Jalur Gemilang with Merdeka and Malaysia Day celebration around the corner.

MBK Public and Corporate Relations Section head, Norkamawati Kamal to Sinar Harian on the lack of patriotism among the business community.

She added that businesses have not complied despite instructions issued long ago in anticipation of Merdeka and Malaysia Day.

Businesses have until Thursday (18 August) to fly the national flag or face the music.

Under Section 107(2) of the Local Government Act, they will be fined for violating license conditions.

In addition, businesses must ensure that the Jalur Gemilang and state flags are in good condition.

In the past, the city council had even offered ‘incentives’ for the people to fly the Jalur Gemilang.

Free parking in Kuantan for those who display the Jalur Gemilang during National Day week https://t.co/zcIrdCZkOE pic.twitter.com/p0jQnPnAGG

The city council even took to social media to voice its grouses, but it drew flak from the people.

The people are largely disappointed that MBK is forcing them to fly the flag, and rebuked the latter for boasting that it had put up 5,000 flags.

Many exchanged words and tried to reason with the city council but to no avail.

They said it should be voluntary as businesses have already done their part by paying taxes to the city council.

Some said they are Kuantan taxpayers who always pay on time but have gotten nothing in return.

At the same time, netizens said the people are fed up with the government rather than being unpatriotic.

Some believe that the business community are in fact protesting against useless government policies.

Siti Kasim Likes Her ‘Tacky Flag’, Netizens School Her On Missing The Point

Fly And Display The ‘Jalur Gemilang’ Correctly This National Day