The suspect has been identified by the police but is yet to be arrested. 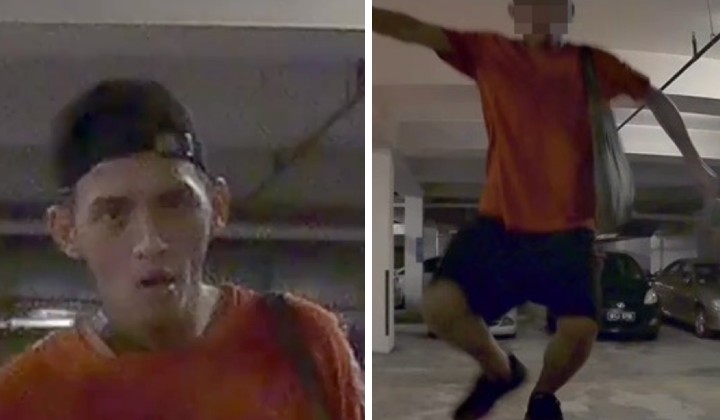 Police are looking for a man who deliberately dismantled a CCTV camera in a shopping mall parking lot.

The police also wanted the man as he had stepped on a car and used a fire extinguisher for no reason.

The incident happened at Tamarind Square mall in Cyberjaya recently.

Based on the footage, the suspect was seen loitering in the shopping mall parking lot and behaving suspiciously.

He also stepped onto a car for no apparent reason, rummaged through the motorcycles in the parking area and used a fire extinguisher in the parking lot.

He wore a red shirt with black shorts and carried an orange cross-body bag.

The management of Tamarind Square discovered the incident on 12 August when they checked the CCTV room and found that one of the cameras was not working.

The CCTV camera in question was thrown into the bushes near the building.

It has been recovered and reinstalled and is in good working order.

Investigation revealed that the distance between the removed CCTV camera and the car was only 150 metres.

Police have identified the suspect and are currently investigating under Section 427 of the Penal Code for causing damage through acts of mischief.