They could not call for help as there was no phone coverage. 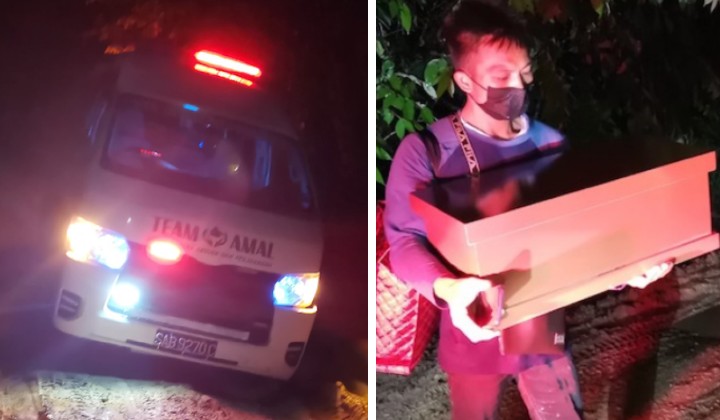 Due to the bad condition of the road, a father was willing to walk back to his home in Kampung Samparita Tengah, Kota Marudu, while carrying the body of his baby girl.

The ordeal, which took him more than an hour, was shared on Sabah Info’s Facebook page.

The father received help from the Sabah Charities and Jariah Association, whose volunteers sent him and his baby girl’s body back in a van.

However, the journey hit a snag as the road condition was so bad that the van could not continue.

The man had to walk home to bring his son’s body home, which took about an hour.

While stranded, they tried to call for help but failed due to a lack of stable coverage.

To make things worse, it was pitch black as they were in the middle of the forest late at night.

It is understood that the incident happened a few months ago. The five-month-old baby girl was confirmed dead at Queen Elizabeth Hospital in Kota Kinabalu, Sabah.

Netizens expressed their condolences to the family members involved for losing their beloved child.

At the same time, netizens pointed out a similar situation in which the remains of a baby in Kudat had to be transported through a river.

The baby’s family had to use a fallen tree as a bridge to cross the river.

Netizens are disappointed such incidents are common in Sabah, which has been plagued by poor infrastructure.

They held the local politicians responsible for making Sabah one of the poorest states in Malaysia, despite revenue from oil and gas, palm oil and tourism.

Some said the people have only themselves to blame for voting for the same party again and again.