The suspect was unrepresented and nodded when the charge was read out in court. 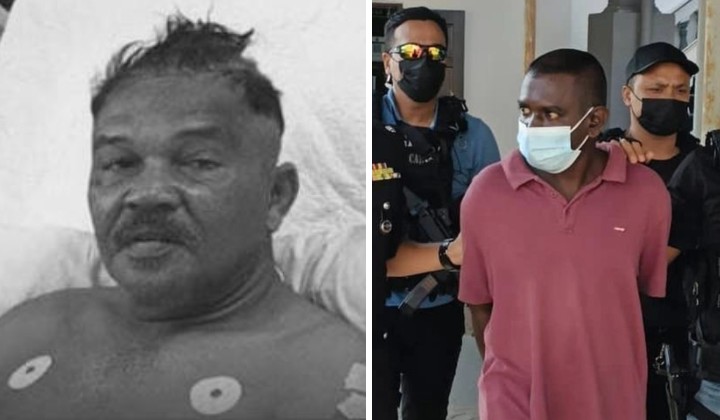 The suspect in the case of the security guard who was stabbed to death was brought before the Sungai Petani Sessions Court on Monday (8 Aug) on charges of murder.

Previously, the suspect faced charges of causing injury to the victim on Sunday.

The 58-year-old Ismail Ahmad victim received treatment at the Sultan Abdul Halim Hospital due to injuries from being slashed and beaten on Thursday.

The crime was committed at the guard post of Sierra 4 Bukit Banyan housing project site at 4.40 pm on 4 August.

The accused has committed an offence that can be punished according to Section 302 of the Penal Code, which provides for the death penalty if found guilty.

However, no confession was recorded and the accused nodded in understanding as soon as the charges were read out in front of Magistrate Nor Fazlina Musa.

Due Process Of Law

The court then set 5 October as the next hearing date pending the autopsy and chemical report.

The Court granted bail at RM12,000 with one surety in addition to imposing additional conditions.

The accused will need to report at the beginning of each month to the police in Kuala Muda until the case is completed.

A second suspect has been placed under court bond as a prosecution witness, and police are still tracking down the third suspect.

Previously, Subramaniam had pleaded guilty to causing serious injury to Ismail under Section 326 of the Penal Code.

The confession was made by the accused before Judge Roslan Hamid, who then set August 29 next as the next hearing date while waiting for the victim’s medical report.

The incident also led to a piece of fake news, saying that a race riot had broken in Sungai Petani.