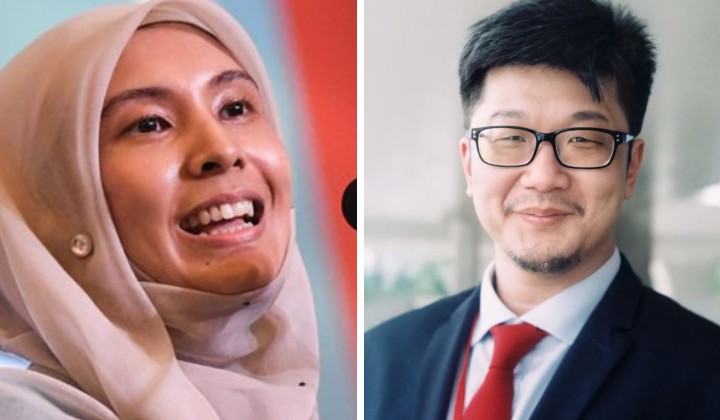 After being single for a long time, Permatang Pauh MP Nurul Izzah Anwar has tied the knot recently.

The wedding ceremony between Nurul Izzah, 42 and Yin, 46, was attended only by the closest family members.

It was reported that the wedding ceremony was held at Anwar’s residence in Sungai Long, Kajang.

Simple wedding..tudung bawal je. It’s been such a long time ago since we saw YB Nurul so happy and smiling so freely …. Congratulations and wish u the best pic.twitter.com/GhBWeIdjIm

Nurul Izzah and Yin are said to have known each other for a long time.

They managed to keep the relationship a secret, with only a few close friends and family members knowing about it.

After the marriage was announced, netizens widely talked about it, with many offering their congratulations and well-wishes.

Some criticised and slandered the couple, but they were rebuked and corrected by others instead.

Yin had served as director of strategic communications at the Selangor Menteri Besar Office during the tenure of Gombak MP, Datuk Seri Mohamed Azmin Ali.

He is also said to have served as the executive director of the Parti Keadilan Rakyat (PKR) Think Institute led by Nurul Izzah.

Nurul Izzah was once married to a businessman, Raja Ahmad Shahrir Iskandar Raja Salim in 2003 and separated on 15 January 2015.

They are blessed with two children, each aged 15 and 13.