Those who threatened to boycott were angry about earnings of RM5 per order. 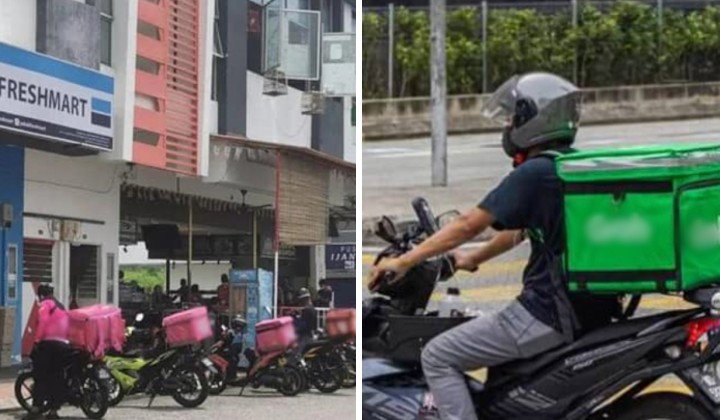 The ‘Food Delivery Blackout’ mobilized by a group of food dispatchers failed to achieve its goal.

The strike, which was supposed to take place on Friday, had little impact as many riders continued taking orders as usual.

Many riders were only too eager to take orders, especially during peak lunch hours.

Previously, the food dispatchers who threatened to boycott had warned that there would not be any food delivery for 24 hours.

They demand that the food delivery companies re-evaluate their wage rates.

Some of the food dispatchers who did not join said they were not surprised by the boycott’s failure.

They opined that such boycotts would be meaningless unless the customers and vendors were supportive.

They added that it had to be business because they had a family to feed.

Meanwhile, those who supported the boycott also resorted to other tactics, such as giving the food delivery apps a poor rating on Google.

Some even threatened to abuse the order system as retribution for food dispatchers who declined to join the boycott.

Such malicious suggestions were ridiculed by netizens, saying that two wrongs don’t make a right.

The Labourer Is Worthy Of His Hire

Meanwhile, some netizens reminded food dispatchers that the world does not owe them a living, let alone food delivery companies.

They advised food dispatchers not to rely on the job as a full-time income and reminded them that the market is determined by demand and supply.

Foodpanda, the largest food and grocery delivery platform in Asia (outside of China), announced that an additional bonus would be given to food dispatchers who work at the specified time and date.

Meanwhile, Grab Malaysia said there was no reduction in base fares for their delivery services.

Grab Malaysia said in a statement said there had been a glitch in its system, which resulted in a discrepancy in the riders’ earnings.

Grab Malaysia has since rectified the issue, transferred the shortfall to all affected partners, and clarified the matter via its official communication channel to its partners on 21 July.

We apologise for the inconvenience this may have caused for our partners and would like to encourage our partners to reach out to us via our Facebook, or visit us at Grab Driver Centre & Kiosks (GDC) should they have any further queries.

Grab Malaysia said this discrepancy in riders’ earnings had sparked calls for the strike on 5 August.

The company also reassured all users, including consumers and merchant partners, that it is committed to supporting its delivery partner community.

Over the years we have introduced various efforts to support our delivery partners. This includes on-the-job protection with free personal accident coverage and a partnership with EPF to ease contribution, and up to 10 per cent additional incentives for those applicable.

Grab Malaysia on its its committment to its partners.

Grab Malaysia is also assisting its partners to save on their operational expenses, such as discounts on petrol, vehicle maintenance, daily necessities and more.