The suspect has seven past criminal records related to criminal and drug offences. 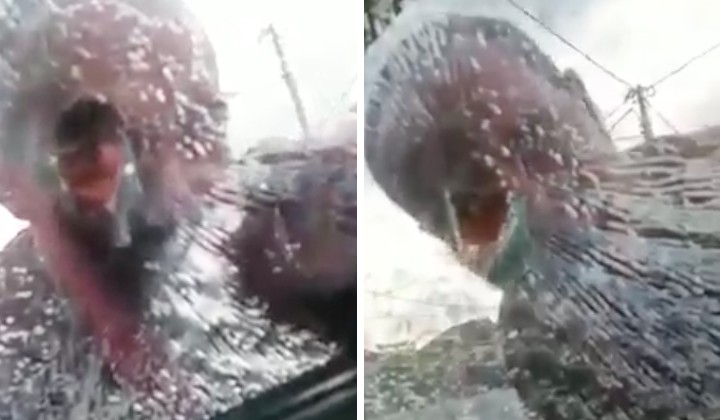 A man who broke a pregnant woman’s car window with a knife and threatened the victim was arrested by the police in Nilam Puri in Kota Bharu on Sunday.

Acting Kelantan Police Chief Datuk Muhamad Zaki Harun said, based on preliminary investigations, the incident was believed to be the result of honking which angered the suspect.

According to him, the 45-year-old suspect, who has seven previous records, including six related to drug offences, was arrested in a police raid at his house at 6.30 pm.

A knife believed to have been used in the incident was also confiscated.

The initial screening test was negative for drugs, but the suspect’s past record involved six drug-related offences.

He said the suspect was remanded for four days, starting from Monday until this Thursday, to assist in the investigation

The case is being investigated according to Sections 506, 279 and 427 of the Penal Code for making threats and mischief.

The video showed a man stopping a Toyota Vios car at a junction and going towards a Perodua Axia car that stopped behind his car.

The Perodua Axia was driven by the 35-year-old victim.

In the incident at 5.45 pm last Thursday, the suspect knocked on the car window using a knife, causing it to break and uttered threatening words.

Commenting further, Muhamad Zaki said that some individuals are too sensitive when on the road.

He reminded the public that they would not escape punishment if they are found guilty of threatening others.

If there is a mistake or dissatisfaction, report it to the authorities or have a discussion. This act of intimidation is something that should not happen anywhere.