The government agreed in 2015 not to ban vaping and electronic cigarettes but has been unable to decide on regulatory and taxation methods. 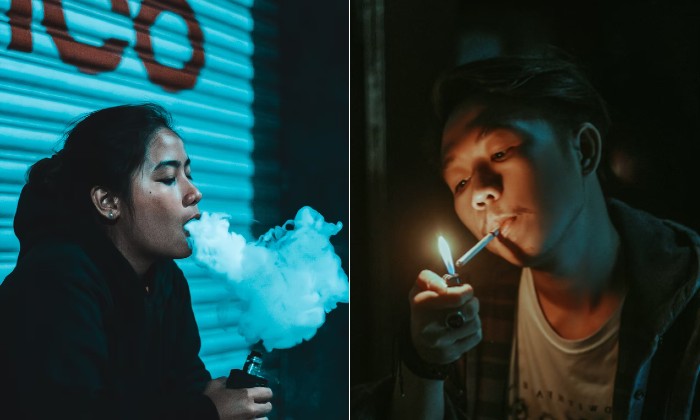 Many would have heard by now that the government is working to impose a smoking ban, known as Generation Endgame (GEG).

The law bans individuals born after 2007 from using tobacco and vaping products in the hope of reducing the number of smokers in Malaysia.

While smoking is undoubtedly an unhealthy habit, there are concerns that the law will be riddled with weaknesses.

An online petition that protests against the ban on smoking cited several reasons why the government should reconsider its intent.

The Economic Impact Of Smoking

A report by Oxford Economics in 2019 found that 59% of cigarettes sold in Malaysia are illegal cigarettes and cheap contraband cigarettes brought in by criminal groups and syndicates.

Illicit cigarettes are so cheap and readily available that they are linked to an increase in the trend of underage smoking.

Unfortunately, it has been difficult for the government to enforce and control this problem.

This has led economists to conclude that a complete ban on tobacco and vaping products will only result in an explosion in the black market.

It would also lead to increased criminal activity as people scramble to find illegal sources to satisfy their nicotine addiction.

Some criminologists also argue that this ban will be self-defeating and encourage more people to smoke for illicit pleasure by rebelling.

The petition added that vaping is technically illegal in Malaysia.

Under the Poisons Act, ‘vape juice’ contains a level of nicotine that cannot be sold by anyone other than licensed pharmacists and registered medical practitioners, but it is sold anywhere other than in clinics.

It also pointed out that the government agreed in 2015 not to ban vaping and electronic cigarettes.

However, the government has not decided on regulatory and taxation methods in the last six years and has failed to prevent young people from kicking the habit.

Is Vaping Better Than Smoking?

The petition highlighted that most of Malaysia’s estimated 1.2 million vape users have a smoking history.

More than half use vaping as a less dangerous alternative to quit smoking – which is the real purpose of vaping.

As such, it would be a loss if the government banned one of the best ways to reduce smoking rates.

The petition also pointed to past failures with government enforcement of the ‘No Smoking’ campaign and efforts to ban people from smoking in public.

Given the poor track record, it is reasonable to believe that GEG will likely fail.

At the same time, many believe that the healthiest option is not to vape or smoke.

How Much Money Is In The Vaping Industry?

The Malaysian vape industry is so big that it is known worldwide.

It is estimated that the vape industry is worth around RM2.27 billion and employs over 15,000 people.

The petition argues that Malaysia will lose a lot by giving up its place in the world market.

There are concerns that the GEG would stop people from earning a living, while the nation loses out on tax revenues from vaping products.

At the time of writing, the petition needs another 721 signatures to reach 102,000 signatories.