The biosphere status given by UNESCO is feared to no longer be valid unless the government steps up it’s rehabilitation process on Tasik Chini. 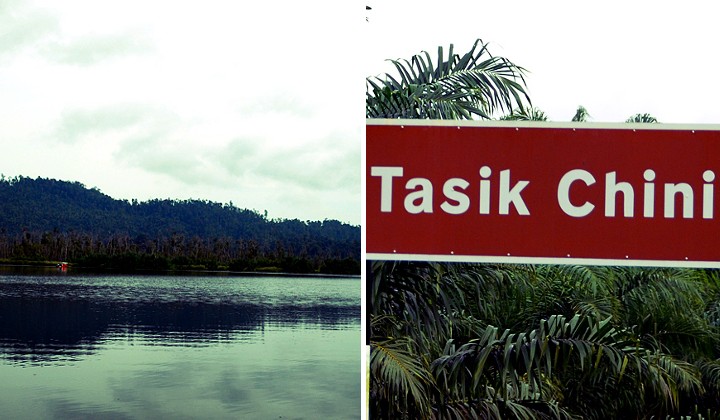 Tasik Chini or the Chini Lake in Pahang has been declared a United Nations Educational, Scientific and Cultural Organization (UNESCO) Biosphere Reserve in 2009.

It’s the first site among three in Malaysia, the second being the Crocker Range in Sabah (declared in 2014) and the third, being Penang Hill in Penang (declared 2021).

Under the Man and Biosphere (MAB) programme, every reserve will be subjected to a periodical review every 10 years. The said programme, under UNESCO, sets to improve the relationship between people and their natural environment both sustainably and economically.

However, the status of the biosphere reserve is currently under scrutiny and its preliminary findings are not favourable, according to MalaysiaKini.

This is based on UNESCO’s first periodical review of Tasik Chini which says that the lake no longer meets the criteria to be part of the World Network of Biosphere Reserves (WNBR). This is due to the “newly cleared forest areas with intensive land conversion”, the reopening of old mines nearby and confusing documentation given to them, as cited in the report.

This news came without a shock for locals as the issue of Tasik Chini’s ‘survival’ has been a debate ever since the place has been opened for mining.

Even after a year of UNESCO biosphere declaration, some former mining sites located at high gradient points have re-opened and expanded. This resulted in disastrous impacts on the environment including sedimentation, water quality deterioration, and river bank degradation.

Apart from the mines, intensive land conversion from rubber plantations and forest areas to oil palm plantations is also contributing to environmental damage. The expansion took place within the main core areas.

Undoubtedly, the locals there were also affected

The report also said not only did it affect its biodiversity, but the rapid expansion activities at Tasik Chini also affects the local economy. Indigenous tribes (Orang Asli – Jakun Tribe) there said that logging and mining have affected their source of food, water and livelihood.

Villagers there said that the waters there were so clean once upon a time that they could directly drink from the lake. But of course, they can’t do that now.

Fishes like Arowana (kelisa) and Hovern’s Carp (jelawat) also used to roam freely in the waters but are rarely seen now. Even the fishes that they caught for eating have declined greatly in size, quantity, and quality.

Although the mining has stopped now, locals say that the road to recovery is still a long way, according to another MalaysiaKini report.

Additionally, tourism there has also been declining, due to deforestation.

Tasik Chini is the second largest natural lake in Malaysia and is home to hundreds of species of flora, non-aquatic life and freshwater fish. It used to be a well-known spot for visitors between March and October, when the beautiful pink and white lotus flowers would bloom, creating a picturesque view of mother nature.

However, this magical moment has deteriorated – only small patches of the lotuses can be seen now, and people fear this might be caused by environmental destruction happening nearby.

Despite uninviting news, there’s no status withdrawal, yet

Even with all the findings, Tasik Chini’s status as a biosphere reserve is not at risk of being revoked because of these, said the specialists at UNESCO MAB Programme.

They have, however, requested a detailed plan from Malaysian authorities to further access the situation by 30 Sept this year. Due to unclear and confusing documentation submitted for the periodical review, Malaysian authorities need to provide a more comprehensive plan with specific details regarding the current condition of Tasik Chini.

It is normal for a periodic review to request additional information from the relevant authorities. At this stage, the Tasik Chini Biosphere Reserve is not facing such risk.

With constant efforts to conserve and rehabilitate Tasik Chini (one of it being the tree replanting exercises), hopefully, the biosphere title can be retained.

Hundred years old of the ecosystem should not be exploited merely, instead, it should be cherished and developed sustainably.