Police searched floor by floor in a deserted apartment near the woman’s parked car, but found nothing. 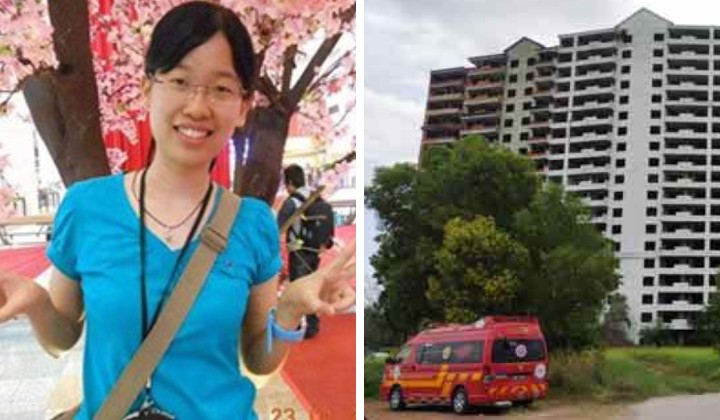 A female nutritionist disappeared after driving her car away from home.

Firefighters were called to the scene to start a search, but it came to nought.

They were attending an event nearby when the search was taking place.

The three then went to the beach to learn about the situation and made a statement.

They offered condolences to the family members at the scene, looking for the woman’s whereabouts.

The family are appealing for information on social media.

Her family describes her physical appearance as about 160cm tall.

Sum did not inform her family members when she left the house.

Her identity card and mobile phone were left in the car, and her family had also lodged a police report.

Meanwhile, Choo pointed out that he received a call for help from the missing woman’s family at 11 am on Sunday.

They sought his assistance in arranging for firemen to search near the beach.

The Lukut assemblyman immediately asked the Port Dickson Fire and Rescue Bureau for help, and they promptly arrived at the scene to help.

Choo added that the fire department had set up tents on the beach as they began their search operation.

Earlier, police had searched floor by floor in an abandoned apartment near the woman’s parked car but found nothing.

As of 5:30 p.m.Sunday, the Fire and Rescue Department is still conducting a search operation at the scene, but no progress has been made.

Anyone with information on Sum’s whereabouts can contact her sister Perline Sum at 014-3851435.

Sum is said to have graduated from UKM and works for a public listed pharmaceutical industry company.

According to her LinkedIn, Sum has also given health talks on television and Facebook.