It will be a novel experience as cinemas had been banned in Kelantan for over 32 years. 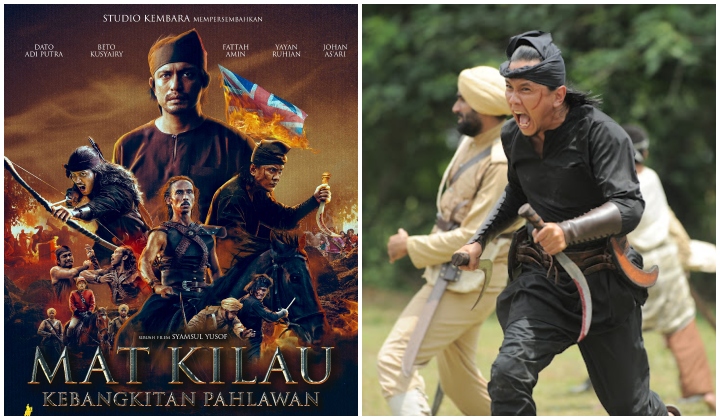 A total of 2,000 lucky viewers will watch the film Mat Kilau: The Rise of a Hero screening for free on July 24 (Saturday).

The free screening is in conjunction with Kelantan’s

The Kelantan Poverty Foundation (YKK) Melor Complex in Kota Bharu is the venue.

The program coordinator for the film screening, Ahmad Termizi Musa, told Bernama that the free tickets would be distributed to lucky people through representatives appointed in every district in the state.

Kelantan is the only state on the East Coast of Peninsular Malaysia that does not have a cinema. But in conjunction with the AKM Tour, Kelantanese will be treated to the atmosphere of being in a cinema.

The screening of the film Mat Kilau is an effort to promote this year’s National Day celebration with the theme of Malaysian Family Strong Together (Keluarga Malaysia Teguh Bersama).

The AKM Kelantan tour takes place from 22 to 24 July at the Sultan Muhammad IV Stadium in Kota Bharu.

Explaining further, Ahmad Termizi said the entire area at the screening venue would be closed.

There will also be separate seats between male and female viewers.

The show has collected more than RM80 million in tickets so far and has ignited a sense of pride among the Malay community.

Meanwhile, netizens wonder how the cinematic experience will turn out as Kelantan is without a cinema.

At the same time, some pointed out the irony as Kelantan has banned cinemas over the past 32 years.

The Kelantan government said there was no demand for cinemas from the people, hence the ban.

READ MORE: “Halal Only” PAS Won’t Say No To Movies In Kelantan If It Obeys Islam