No businesses, big or small, can use packet cooking oil for commercial purposes. 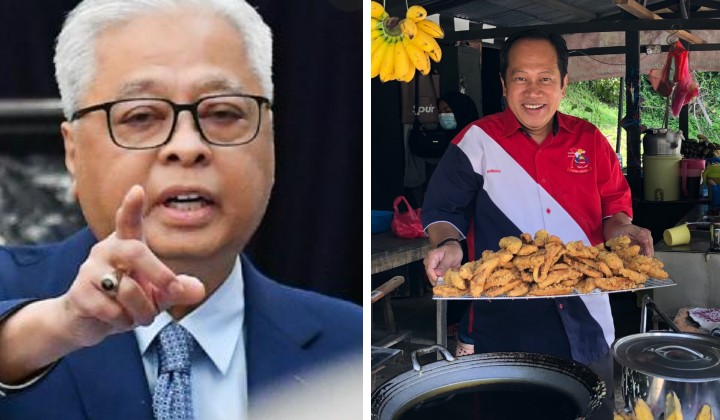 The Bera MP and Umno vice-president said he only meant that subsidized packet oil was for domestic use, not commercial use.

Without going into the specifics, he stressed that the government would do its best to deal with this matter.

Earlier, in the Dewan Rakyat session, Ismail Sabri admitted that targeted subsidies could not be implemented, but appropriate mechanisms are being devised so that no party would be left out.

He said the proper use of packet cooking oil is not easy to control as big restaurant operators also use it.

As for the makciks, they too cannot use packet cooking oil to sell goreng pisang because it is not for commercial use.

But if action is taken against the makciks, the government will be accused of being cruel to these poor people.

Ismail Sabri said this in an oral question session at the Dewan Rakyat to answer additional questions from Datuk Seri Anwar Ibrahim (PH-Port Dickson), who asked about the government’s action to address the rising cost of living for the people.

The prime minister released a video clearing the issue of makcik’goreng pisang’.. still it is clearly not fair to Tht makcik.. I hope the makcik happy with the video release.. but don’t increase price for pisang goreng anymore okie.. it’s way pretty expensive

Earlier, Ismail Sabri had drawn criticism for training his sights on the makciks.

Critics condemned his statement as disrespectful and insensitive as makcik goreng pisang are generally from the low-income category.

They said it was heartless to take potshots against ordinary people trying to make a living.

Unfortunately now she has buy bottled or canned oil.

Some said Ismail Sabri could see the speck in a friend’s eye but failed to notice the beam in his own eye.

Probably the makciks are not his Keluarga.

Cooking oil on the market is getting more expensive, thus burdening consumers.

The price of a 5-kilogram bottled cooking oil is being sold between RM28 to RM43.

The average bottled cooking oil weighing 3 kg is sold at the maximum sharp price set by the government, which is RM18.70, while for 2kg-bottle, it is RM12.70, and for a kilogram is RM6.70.

In August last year, the government set a ceiling price for palm cooking oil sold in 5 kg bottles, which was RM29.70

Mixed cooking oil is not a controlled item, according to the Price Control and Anti-Profitability Act (AKHAP) 2011.

Dr Mahathir: “Ismail Sabri Could Have Just Stepped Down Like Muhyiddin”

No Rift Between Ismail Sabri & Zahid, They Have Been Friends Since The Seventies