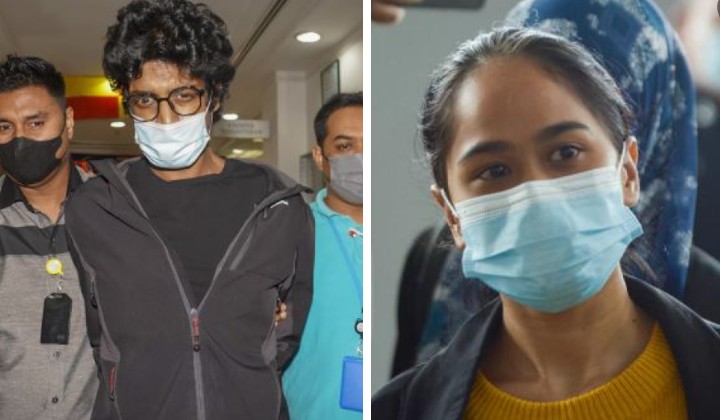 The public had come to the rescue of a woman accused of insulting Islam by raising more than RM40,000 as bail money.

According to the lawyer, the donation had reached RM40,000 this morning (18 July).

Any additional donations made after this would be returned to the donors.

Sivaraj, from the legal group Lawyers for Liberty (LFL), said any additional donations made after this would be returned to the donors.

If we pass a certain hour, the court staff will ask us to come back tomorrow to bail them out due to transportation problems, as they are from Beranang and Kuala Kubu Bharu prisons.

Not Out Of The Woods Yet

On Wednesday (13 July), in the Kuala Lumpur Sessions Court. Siti Nuramira pleaded not guilty to the charge of insulting Islam.

She is accused of committing the offence by confessing to being a Muslim and memorizing 15 verses of the Quran before removing the hijab and baju kurung at the Crackhouse Comedy Club on 4 June.

Siti Nuramira, 26, was charged under Section 298A of the Penal Code for causing disharmony, division, enmity, hatred or malice, or affecting the preservation of harmony or unity, on religious grounds.

Sessions Court judge Siti Aminah Ghazali allowed Siti Nuramira bail of RM20,000 with one surety and warned her not to comment on the case.

On the same day, Navin, 38, pleaded not guilty to two charges of uploading insulting content on social media.

Sessions Court Judge Azrul Darus allowed Navin bail of RM20,000 with one surety and set 1 Sept for mention of the case.

In Disbelief And Indignant

Meanwhile, many are unhappy and puzzled that anyone would help the woman.

They said it is an unhealthy precedent that would only encourage others to make jokes that insult religions.

People also wanted to know who were the ones that contributed to her cause.

At the same time, some blamed the government, accusing ministers of not taking a tough stance on the matter.

Her critics added that the money should have been spent on the poor and needy, including orphanages and tahfiz schools.

Despite the outrage, some defended her action as exercising freedom of expression.

Nevertheless, many, if not everyone, agreed that what she did was foolish and unnecessary.

1. Siti Nuramira’s act was stupid and distasteful but she should not be charged. Except under very limited circumstances of inciting discrimination, hate and violence, no one should face criminal punishment for exercising their freedom of speech, appalling as it may be. pic.twitter.com/yRCX380TwK

Majority Of Terminal Diseases Patients Are From The B40 Group, Says Health Minister