Uncle Kentang said helping the public is challenging when staff and volunteers are overstretched. 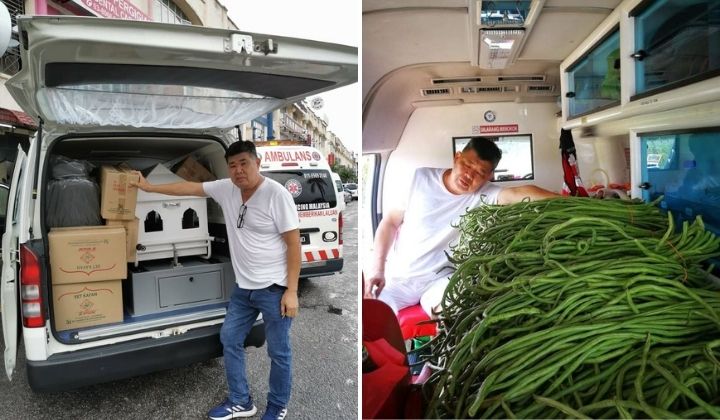 There is a Chinese saying that genuine gold fears no fire (真金不怕紅爐火), which means a person of integrity can withstand severe tests.

Likewise, social activist Kuan Chee Heng or Uncle Kentang, as he is affectionately known, remains steadfast in his lifelong mission to help others.

But cultures of mistrust, challenging environments where staff are overstretched, and high-risk delivery models (such as humanitarian emergencies) are taking a severe toll.

Most recently, critics disputed the charity work done by Uncle Kentang by saying he is only interested in making a profit.

There has also been controversy over how Uncle Kentang manages donation funds from the public.

Some said he has not been transparent, while others are unhappy that Kuan, a ‘kafir’ (non-Muslims), is ‘meddling’ in burial services for Muslims.

Meanwhile, some said it is unfair to jump to conclusions based on race and religion.

READ MORE: Stranded Pilgrims To Get Their Money Back, Tour Agents Arrested By Police

Maybe Many Do Not Know

In response to the increasing pubic scrutiny, Kuan said his critics are welcome to approach him to find out the truth.

He also encourages his critics to join his team in their day-to-day charity work.

In an interview with TRP, he claimed that some of his detractors are bereavement care service providers who are unhappy with him.

Kuan said their business had been affected by the affordable services provided by him and his team.

Kuan Chee Heng continues to show what being Malaysian is all about – this time by offering 'van jenazah' services for a mere RM1.
His motto: "Let's make Malaysia better." pic.twitter.com/Rsx0zfFFjl

Kuan said he and his team never solicited money from the public and emphasised that people donated willingly.

He added that surplus donations for a particular case are always used for other cases, which happen daily.

Kuan describes the list of scenarios that require help as endless.

People are being evicted because they can pay rent. People also have no money to pay for food, kids’ school allowance, motorcycle instalment and whatnot. Sometimes we also give pocket money to affected families and also to volunteers.

Uncle Kentang on the list of humanitarian emergencies that inevitably requires money,

He welcomed his critics to join him in his philanthropy work and even take over from him if they wanted to help.

Kuan said he would be happy to show them the barrage of SOS messages he received on his phone daily.

At the same time, he added that the biggest challenge is to build a more sustainable way to run the activities and maintain public trust.

It is difficult to garner sufficient and continuous funding for our kind of work. People always expect help to be there for them.

Uncle Kentang on managing the collection of donations from the public.

READ MORE: Uncle Kentang Answers Call For Funeral Arrangement At 3AM, A Mother Passed Away At A Leading Port Dickson Hotel