The parents have sent two appeal letters to the Education Ministry but to no avail. 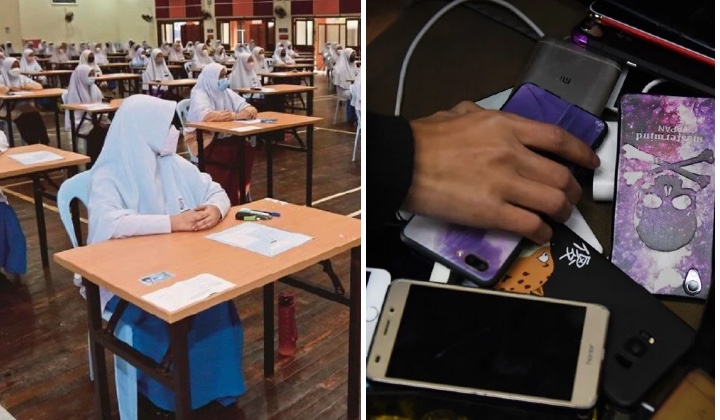 How do top students fail?

In the case of Sekolah Sultan Alam Shah Putrajaya, 15 students failed to get SPM certificates because they admitted to bringing mobile phones into the examination hall.

It is understood that it happened accidentally because the History examination started late, and the situation became chaotic.

During the examination, the Chief Invigilator announced the students who carried the phones to hand them over to the invigilator with a promise not to take action against the students.

The students dutifully obeyed the instruction and handed over their phones.

However, the promise was not fulfilled as all the students who handed over the phones had their exam queue numbers taken, and their history papers were cancelled.

Earlier, according to the student, the Chief Invigilator had failed to announce the ban on bringing prohibited items into the examination hall.

As a result, the students carried the phone into the hall and forgot to take it out.

Following that, the schools’ parent-teachers association (PTA) made two appeals on 24 June and 4 July for these students, most of whom are excellent students who scored 7As.

Both appeals had been rejected.

Teacher Mohd Fadhli Salleh revealed the matter, saying that as a result, the 15 students were not eligible for SPM certificates.

A fail in either Bahasa Melayu or History means that you have failed the whole examination and will not be able to continue your studies at a university.

The teacher said if it is true that this happened, the students had been unfairly treated.

The main mistake is when the Chief Invigilator started the exam in a hurry and did not follow the SOP. He tricked the students by saying there was no action if they handed over the phone; apparently, the victims were the students as well.

Teacher Mohd Fadhli Salleh expressing his view on the incident.

He hoped there would be further investigations so the students could get justice.

Mohd Fadhli recommended the parents involved to take the case to court as there is an element of negligence.

The case had also caught the attention of netizens, with opinions divided on who is to blame.

Some defended the Chief Invigilator, saying that the person is just doing his/her job.