The suspect made off with RM6,000 and a Honda City belonging to the victim’s husband with registration number DAD9799. 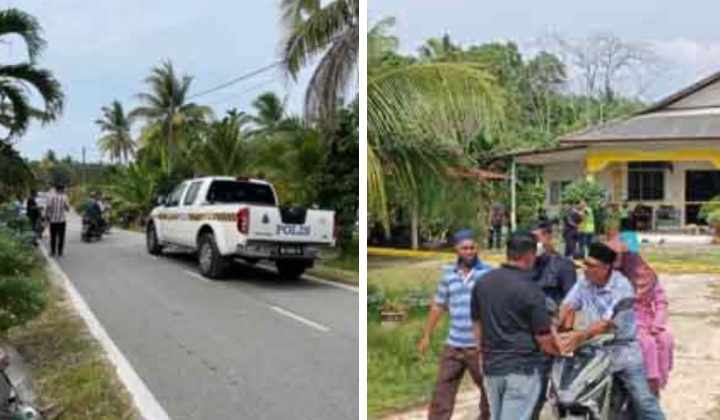 A 52-year-old woman was recently killed by criminals who broke into her house in Felda Mengkuang in Bera.

Bera District Deputy Chief of Police, Deputy Superintendent Kumaran Nyanasagaran, said the suspect is believed to have broken into the residence early in the morning through the back door before going to the victim’s bedroom.

The victim is believed to have been dragged with a telephone charger cable, and the suspect also injured the victim’s 60-year-old husband.

Kosmo reported that the suspect stole not only RM6,000 but also a Honda City belonging to the victim’s husband with registration number DAD9799.

Her husband fainted as a result of being beaten and also suffered injuries.

Suspect On The Loose

The suspect is said to have fled towards Jempol, Negeri Sembilan, in a Honda City car belonging to the victim.

The case is being investigated under Section 302 of the Penal Code, and efforts to track down the perpetrators are still ongoing.

People who see the vehicle are advised to report to the nearest police station immediately.

The incident had also been posted by Bera folks on the community’s social media page, with many offering their condolences to the family.

Located in southwestern Pahang, Bera is the constituency of Prime Minister Datuk Seri Ismail Sabri Yaakob, which he had held for four terms now.

11YO Johor Girl Found Dead With Wounds On Forehead And Neck