In the video, she said that removing subsidies will negatively impact the rakyat. 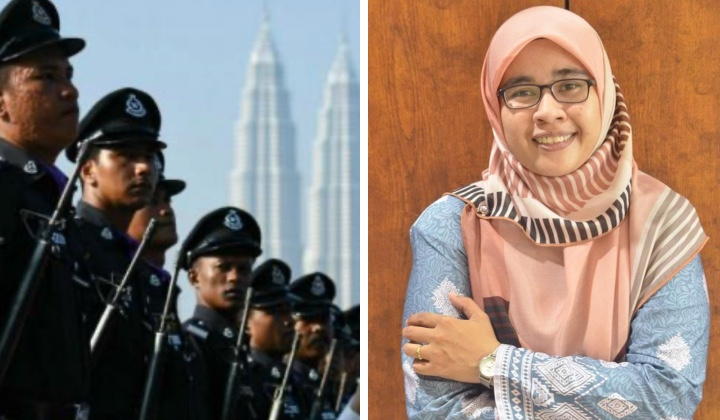 Former PKR senator Siti Aishah Shaik Ismail is being investigated by the police in connection with a TikTok clip on the issue of subsidy withdrawal by the government recently.

In her video, Siti Aishah criticised the government’s decision to remove the ceiling price of chicken, chicken eggs and bottled cooking oil subsidy from 1 July.

She says that this will cause hardship for the people and that the cost of food items will increase.

She also urged the people to voice out and reject the government in the next general election.

Meanwhile, Ipoh Police Chief Yahaya Hassan, when contacted, said he had not received any information regarding the investigation against Siti Aishah.

Through a viral audio clip believed to be Siti Aishah’s voice, she said her house was raided by Malaysian Communications and Multimedia Commission (MCMC) officers and police.

They confiscated some of her belongings used to make TikTok video recordings.

The former Srikandi PKR chief also claimed that the investigation on her was carried out following a police report lodged by a non-governmental organization (NGO) against her at the Dang Wangi police headquarters recently.

Through her Twitter account, Siti Aishah shared a link to her TikTok video on 23 June and commented on issues related to the government’s decision to withdraw subsidies from 1 July.

Siti Aishah was appointed senator in 2015, and she is also active as a blogger commenting on issues related to national politics.

Is There Freedom Of Speech In Malaysia?

In Malaysia, as in most nations, freedom of speech and expression is protected.

Article 10 of the Federal Constitution declares categorically in Clause (1) (a) that “every citizen has the right to freedom of speech and expression”.

Free speech means speech within the laws. The police can investigate or arrest people for a wide range of activities or speech that contains elements of defamation, blasphemy, sedition and so forth

People can be investigated under the Penal Code, Sedition Act, Peaceful Assembly Act, and Communications and Multimedia Act.

For example, the police can invoke Section 504 of the Penal Code (intentional insult to provoke a breach of the peace) and Section 506 (criminal intimidation) to counter hate speeches.

malaysia is the only place where freedom of speech is legal but youre at risk of getting jailed if you're calling out the government LDMMMM https://t.co/hgg298oUsx