Two suspects connected to the syndicate have been caught. 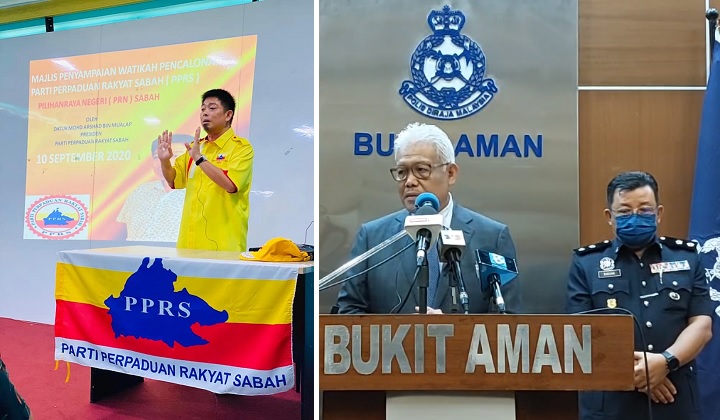 Two men had been detained by the police for alleged involvement in duping non-citizens by selling them ‘data cards’ that they alleged would give the holders the same benefits as Malaysians.

One of the suspects that were arrested is Mohd Arshad Abdul Mualap, who is also the president of Parti Perpaduan Rakyat Sabah (PPRS) which is part of the Opposition coalition in Sabah.

According to Home Minister Datuk Seri Hamzah Zainuddin, the syndicate claim that the ‘data card’ that they sell can be used in the country as legal documents.

“They claim that these cardholders can get benefits such as hospitalisation, education and others. Most importantly, the syndicate claims that the cardholders can be issued with an identification card (MyKad),” Hamzah told a press conference in Bukit Aman today.

Hamzah said that he was tipped off regarding the syndicate’s activity by a foreign citizen living outside the country before he relayed the information to the Inspector-General of Police Tan Sri Acryl Sani Abdullah Sani.

“The investigation was carried by a special unit which led to the arrestment of two men, Mohd Arshad and Mohd Hamka.

“The two of them had been charged this morning at the Shah Alam Magistrate Court,” Hamzah said.

He added that the duo were charged under Section 420 of the Penal Code, which carries a jail term of up to 10 years, whipping and a fine upon conviction.

Hamzah said that Mohd Arshad was picked up by the police on 22 June at his home in Subang Jaya whereby the police also found hundreds of copies of forms that the syndicate used to collect personal information of their victims.

He also urged the public to be mindful that the government had never given permission for any parties to issue such cards and that the only valid identification card used in the country is the MyKad.