Critics said Hamzah must study the autopsy reports and the coroner’s findings and not simply brush aside the deaths. 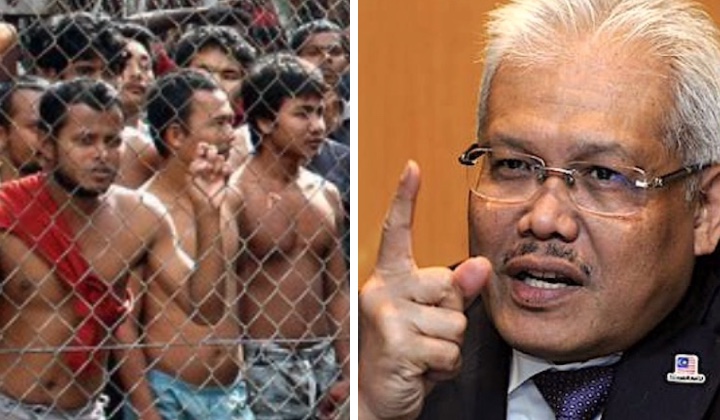 Speaking in Putrajaya recently, Hamzah downplayed reports of deaths at immigration detention centres by saying the public should not be quick to point fingers at the authorities.

He said it is impossible to predict the future nor foresee if anyone would die while in detention.

Hamzah added that people could even die while walking around.

So if we have arrested a person for parking in the depot and he dies, who do we want to blame? Because people who are dead now, sometimes while walking, they die, they don’t even have to go to the depot to die. So, the issue does not arise.

Pereira said Hamzah should study the autopsy report and the coroner’s findings before dismissing the deaths.

Pereira suggested that it could be time to appoint a royal commission of inquiry (RCI) to investigate the alleged abuse at the detention centre.

He should examine whether these detainees are victims of smuggling or trafficking and have access to legal representation in which they are detained.

He said the detainees have the right to be treated humanely, and urged Hamzah to visit the immigration centre to see if the detainees were suffering from overcrowding and lack of health care.

Hamzah, a former Umno stalwart before he quit his party and jumped to Bersatu, had also drawn brickbats from people on social media.

“If we detain someone who commits a crime and we put them in a depot, and then they die, who should we blame?”

Hamzah said this when asked to comment on a report on deaths in immigration detention centres in Sabah.@ImigresenSabah

6. #Malaysian Home Affairs Minister Hamzah Zainudin on 149 #Indonesian deaths at immigration detention center in #Sabah over the past 18 months: Anyone can die anywherehttps://t.co/WDTOX8jBUi

At the same time, people also demanded that Hamzah, who is also Bersatu secretary-general, step down from being a minister as he is not fit for the job.

READ MORE: Sungai Bakap Depot Rohingyas Break Out Due To Fear Over Deaths

First cut off the head: Hamzah Zainuddin has to go. (Looks like have to wait for ballot box.)

Then, if you're ruthless enough, take cue from the Chinese proverb: kill one monkey to warn the other hundred. Severely charge cruel officers, & publicise the trial kaw kaw.