Fresh chicken prices are expected to reach the highest level early next month. 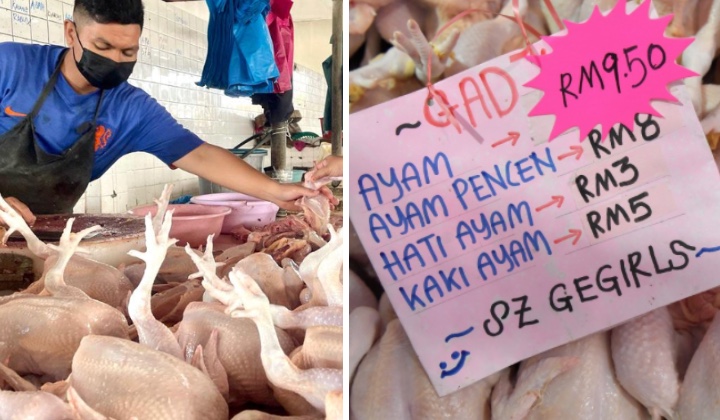 In a piece of good news for the people, the government has decided that the price of chicken in the national market will not be floated.

Prime Minister Datuk Seri Ismail Sabri Yaakob said in a statement that the new ceiling price would be announced shortly.

The announcement will be made by the Minister of Agriculture and Food Industry, Datuk Seri Dr Ronald Kiandee.

The decision is to ensure that the rising cost of living does not burden the people.

The decision made proves the government’s concern to safeguard the interests of Malaysian families so that they are not burdened by rising prices and the challenge of the cost of living.

Earlier, Ismail Sabri said the government would no longer provide subsidies to chicken farmers from 1 July to reduce the burden of rising prices of goods, including chicken.

Prior to the announcement, the price of fresh chicken is expected to rise to RM15 per kilogram in July, the highest level ever recorded.

Currently, the government sets the maximum retail price of chicken for Peninsular Malaysia for standard round chicken at RM8.90 per kilogram.

Super round chicken (slaughtered and cleaned without legs, head, liver and gizzard) at RM9.90 per kilogram.

Chicken suppliers said that the cost of the raw material is now being reviewed after the government said that it would no longer provide subsidies to farmers from July onward.

Traders have to sell fresh chicken at RM12 kg due to the continuous increase in transportation costs, although the maximum price scheme of RM8.90 per kilogram of chicken was still in force.

Traders had to bear the cost of transporting fresh chicken per kg starting at 50 sen.

At present, the supply of chicken remains uncertain.

The demand for chicken is expected to jump again in early July due to Hari Raya Haji.

Some said the recent government announcement on additional cash aid should cushion the price hike.

The government has announced an increase in the total payment of Malaysian Family Assistance (BKM) for the B40 group, which is RM100 for households and RM50 for singles.

At the same time, people they said they are already feeling the pinch in their daily purchases.

Even where prices remained the same, the quality and quantity had decreased.

Some good Samaritans had offered free meals for Malaysians who cannot afford to eat.