The victim was on her way to work when the the incident happened. 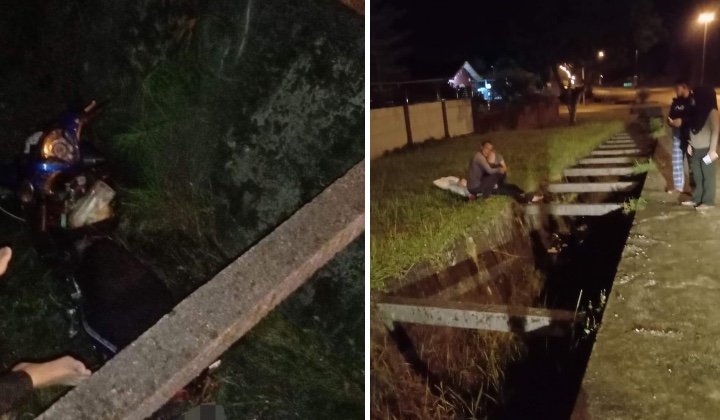 A snatch theft victim broke her waist and leg at Taman Sukma in Kuching, Sarawak.

According to Kuching District Police Chief ACP Ahsmon Bajah, the snatching incident happened around 6.15 am.

Police are investigating the case under Section 392 of the Penal Code.

According to a Borneo Network report, the victim was on her way to work before the suspect suddenly approached her.

It caused the victim’s motorcycle to lose control and slip into a ditch.

Following the incident, the victim suffered injuries and fractures to the waist and legs and is currently being treated at the Sarawak General Hospital.

The victim’s colleagues also hoped that the authorities would be able to find the suspect and give him a fair punishment for his actions.

Measures To Deal With Snatch Theft In Malaysia

Snatch theft crimes in Malaysia mostly use the same modus operandi of targeting the vulnerable such as women and the elderly.

The culprits usually use motorcycles to snatch and move quickly.

This disgusting and undignified act may be rampant due to the influence of drugs and other social problems that influence criminals to commit the crime of snatching.

In recent years, social media has helped to uncover criminal activity and assist police in investigating those responsible for crime.

The authorities need to provide general awareness to the community about the crime of snatching.

At the same time, the authorities should also correctly enforce the law against the perpetrators of snatch theft.

The crime of snatching has resulted in the victims being seriously injured and losing their lives.

Culprits who are successfully caught will be punished under Section 392 to Section 402 of the Penal Code.

It provides imprisonment for up to a maximum of 20 years and whipping if convicted.

Due to the population density, some people face the pressures of life and then choose to commit crimes as a solution.

The installation of closed-circuit television (CCTV) cameras can assist the authorities in monitoring and become evidence if the cameras can record criminal acts.

Another step that can be taken is to learn about self-defence. This method can protect us from snatch theft and other crimes involving physical altercation.