Thailand has thanked Malaysia for its role as a facilitator to peace talks in ending the decades-long conflict in southern Thailand. 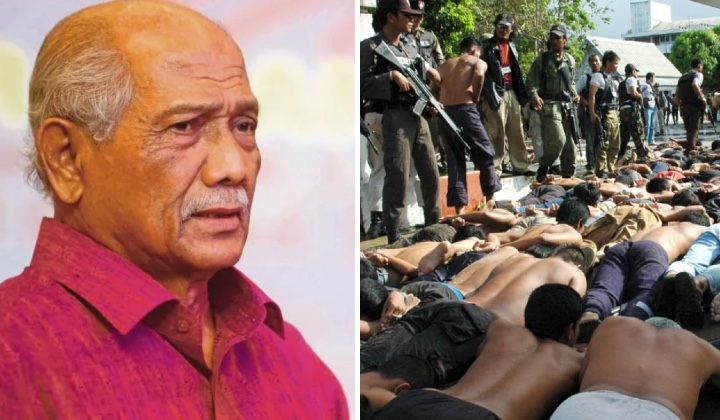 On 13 January 2022, an agreement to form a joint working group to resolve an armed conflict in Southern Thailand was materialised by the Thai government and Barisan Revolusi Nasional (BRN) as the sole representative of the insurgent group.

Since August 2018, the Malaysian government, led by the former police chief Abdul Rahim Noor has facilitated the negotiation process between the Thai government and the insurgent groups.

This conflict in Thailand’s Deep South has prolonged for over a century, making the conflict the oldest dispute in the Asian region.

However, due to the Covid pandemic outbreak, this negotiation process has been on hold for two years until recently during a meeting in Kuala Lumpur.

The Thai government expressed their gratitude and appreciation on 21 May 2022 for Malaysia’s leading role in facilitating conflict resolution in Southern Thailand.

Bait Al Amanah published a policy brief suggesting five reasons to explain the intricacies of this century-long conflict that have affected the developmental progress and societal cohesion in southern Thailand.

Firstly, the inclusiveness in negotiating with all the insurgent groups in the Southern Thailand region is crucial as part of the peace talk to craft holistic solutions in the forging path for lasting peace.

The #Thai army rounds up the usual suspects after the latest attack in Tak Bai. 18 years of insurgency and drug smuggling remains the default. The 3 wounded members of the security forces all succumbed. https://t.co/V5WJRaPMqf

The inclusiveness by inviting other insurgent groups to the negotiation table and playing a more significant part in the arrangement and agreement of the peace process will act as the antecedent to develop a consensus and harmonise the accord between the insurgent groups.

To avoid further deadlock for peace talks in Southern Thailand, ending the violent conflict and peace process negotiations will require all the stakeholders involved to tap into these areas of work.

As contended by Patani Consultative Council, Dr Abu Hafez Al-Hakim, in a webinar organised by Bait Al Amanah, the Thai government’s commitment to this conflict is questioned of its sincerity in resolving it.

There has been no endorsement from the parliament since 2019, and it has never been part of the national agenda.

What Needs To Be Done

Following the Thai government’s unwillingness to sign a peace agreement, the construction of a framework for building Terms of Reference failed to take place.

Dr Hafez also articulated their frustration that the conflict progress is unable to move forward to a safe zone; to protect civilians from casualties.

Secondly, the effectiveness of Malaysia as the facilitator role in the conflict needs to be re-evaluated. As inclusiveness of the peace talk is paramount, Malaysia must up the ante of its facilitating capability by inviting all insurgent groups to the negotiation table.

To muster every confidence of its international counterparts, Malaysia must be able to bring together different parties to negotiate vehemently regardless of time and place.

Considering the nearness of the geographical location between Malaysia and Thailand, the facilitator role will continuously become an enormous challenge for Malaysia as a neighbouring country.

The navigation of Malaysia’s impartiality in this conflict is equally concerning as Malaysia is responsible for ensuring regional security stability that corresponds directly to domestic politics.

Thirdly, the need for brain trust support as the third party to come in as an independent monitoring investigation body is needed for the peace talk to succeed as the negotiation table has proceeded for over nine years with inconclusive outcomes.

To avoid a foundation that is detached from the reality presented on the ground, it is compulsory to involve a brain trust that can provide historical context, mirroring other global conflicts and conducting various research and holistic mechanisms to guide the negotiations process.

Fourth, the insurgent groups and the Thai government must be consistent and have sincere political willpower to resolve this conflict. Each party must play their role effectively.

Learning from the lesson of the global conflicts, the parties involved cannot afford to delay peace-seeking efforts for fear of reprehensible outcomes.

The continuity of finding common ground by addressing the root causes and developing viable solutions should remain the top priority.

Strength And Unity In Islam

Turkey and Qatar are seen as reliable partners in the Muslim world to play
substantial roles.

As progressive and modern Muslim nations, these countries are needed for their expertise in training and the aspects of negotiation.

These can facilitate the peace process and garner more significant support from the world in addition to the existing effort given by OIC and other Muslim countries.

Moving forward, it is a due season to rethink the strategy in the peacemaking process if the peace talk in Southern Thailand remains underwhelmed.

The values and actions of the Thai government must not be tolerated at the expense of the social and economic well-being of more people in the predominantly Muslim region of Southern Thailand.

Dr Abdul Razak Ahmad is the Founding Director of Bait Al Amanah. All opinions here are the authors’ own and do not necessarily reflect the stand of TRP. For more information regarding Bait Al Amanah, you can visit the Bait Al Amanah website.