Netizens said the suspect’s face should be revealed to teach him a lesson. 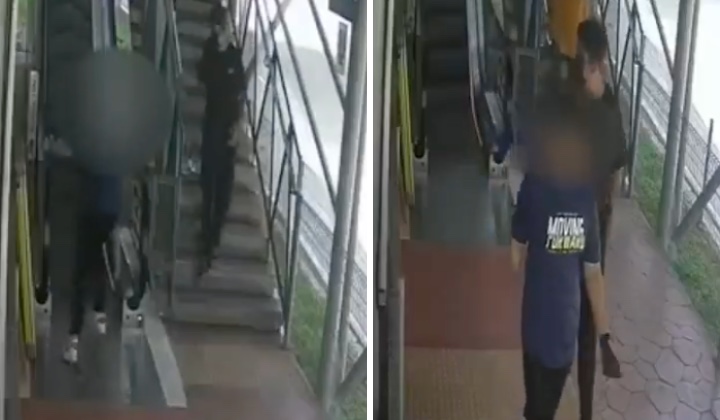 A video showing vandalism done by a teenage boy has received criticism from netizens.

The video was posted by the Kuala Lumpur City Hall (DBKL) on Facebook.

Through the CCTV video, the teenager was seen deliberately pressing the stop button on an escalator at an LRT Station in Sri Rampai.

It is understood that DBKL has just repaired the escalator after its service was disrupted, but it was damaged again after the teenager’s vandalism.

According to DBKL, the emergency button on the escalator is only used in times of emergency.

If the button is used indiscriminately, it can cause damage to the escalator and eventually cause inconvenience to other users.

Netizens have criticized the teenager’s actions, which they described as troublesome.

They also questioned why the teenager’s face was blurred in the CCTV footage.

READ MORE: Free Rides For A Month In All Rapid KL Rides

The public had been getting frustrated that the escalators and other facilities at public transportation always seemed to be broken.

Many a time people are shocked because some of these facilities were brand new and haven’t even lasted a year or two.

Because there are so many public transportations, there would always be a high number of faults reported.

Coupled with a rise in the number of commuters, this number is expected to increase even more.

Is Vandalism A Crime In Malaysia?

Vandalism by-laws are enforced by the various local authorities.

Offenders can be charged under Section 427 of the Penal Code for causing damage through acts of mischief.

Whoever commits mischief and thereby causes loss or damage to the amount of twenty-five ringgit or upwards, shall be punished with imprisonment for a term of not less than one year and not more than five years or with a fine or with both.