The altercation between the lawyer and photographer resulting in minor injuries to the lawyer’s head. 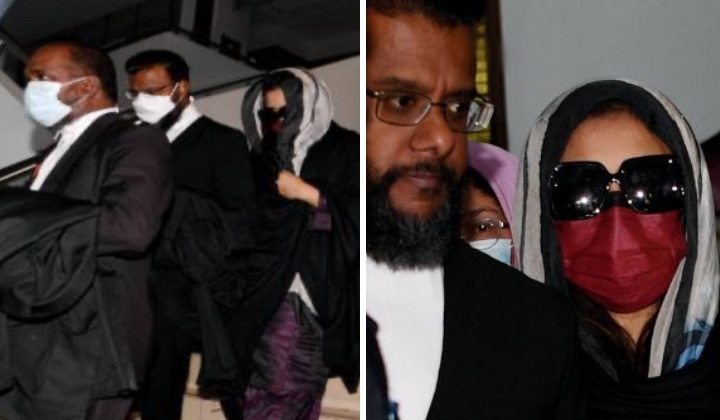 The photographer and lawyer involved in a scuffle at the Shah Alam High Court earlier today have personally made peace with each other.

The Vibes quoted Utusan Malaysia photographer Zulfadhli Zaki as saying that he lodged a police report at the Section 9 district police headquarters here.

The report was made against defence lawyer S. Suresh right after the incident occurred.

He said the report was made because the lawyer used force in grabbing his media card from the lanyard around his neck.

The lawyer was then hit on the forehead with his camera in self-defence.

I filed the report because the media card has my personal details on it and I was afraid he would use it to threaten me in the future.

Utusan Malaysia photographer Zulfadhli Zaki on his decision to make a police report.

Shortly after, the lawyer came to make his own police report and the two took the opportunity to reconcile.

He said the lawyer is not a bodyguard and should not have stopped the media from doing their work.

To the journalist that physically assaulted the lawyer at the Cradle Fund murder trial at Shah Alam High Court, I wish you the very best cause you’re about to face the full extent of the law. pic.twitter.com/wvT4gdGnyW

This morning, Samirah Muzaffar and her two teenage boys were acquitted on charges of murdering the former Chief Executive Officer (CEO) of Cradle Fund Sdn. Bhd.

Videos of the incident have gone viral on social media, where many netizens have given their two cents.

Some say that Suresh was the one who started it, while others argued that the media staff were trying to do their job, which Suresh hindered.

Some reasoned that the lawyer does not need to yell if he does not want journalists to take pictures.

People also blamed the lawyer for screaming and having pushed the camera away.

On the other hand, netizens also critcised the photographer’s actions, saying that he need not take so many shots.

Media Need To Their Job

Media advocacy group Gerakan Media Merdeka (GeramM) has reiterated its call for creating a law to protect the rights of journalists in carrying out their duties per the ethics set by the Malaysian Media Council as a self-regulatory body.

Through a statement on Facebook, GeramM believes that any attempt to prevent the media from carrying out their duties, let alone by involving physical activity, is unacceptable.

It should be noted that the media can publish pictures and names of any accused in any case except if it involves a juvenile case. In this case, the lawyer representing the accused should inform if there is any consideration to protect the suspect’s identity.

GeramM calling for better protection of journalists from physical harm.

At the same time, people should also refrain from committing any acts of provocation or counter-attack unless they are desperate to defend themselves, said GeramM.