A brief scuffle broke out between lawyers and photographers at the entrance of the court. 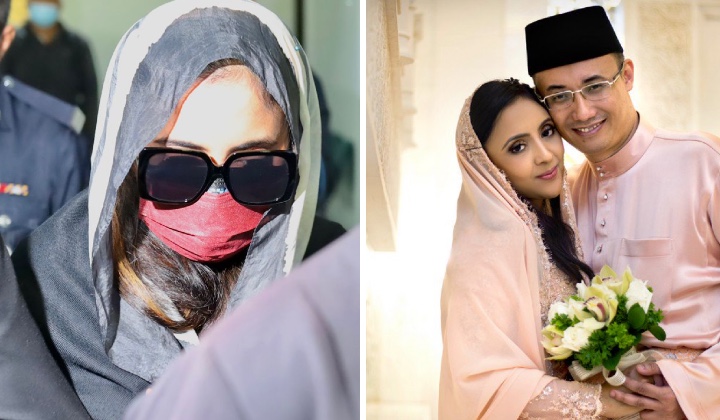 Four years ago, Samirah Muzaffar and two teenage boys arrived at the High Court to determine their fate.

Back then, the court was to decide if they needed to defend themselves or acquitted of murder charges of Cradle Fund CEO Nazrin Hassan.

This morning, Samirah, 47, the widow of the late Nazrin, along with the 16 and 19-year-old teenagers, was released and acquitted by the High Court on charges of murdering the former Chief Executive Officer (CEO) of Cradle Fund Sdn. Bhd.

Judge Datuk Ab. Karim Ab. Rahman decided so after finding that the prosecution had failed to raise a prima facie case at the end of the prosecution case against the three accused.

In his judgment, Ab. Karim said there is no evidence to show that the three accused were together with the deceased, as stated in the charge.

Earlier on April 7, the court had finished hearing submissions from both parties at the end of the prosecution case.

During the trial, a total of 57 prosecution witnesses were called to the prosecution-level trial proceedings.

According to the charge, Samirah Muzaffar, 47, two other teenagers and another Indonesian citizen, Eka Wahyu Lestari, were charged with conspiracy to commit murder that resulted in the death of Nazrin, 45.

The offence was committed at a house in Mutiara Damansara, Petaling Jaya here from 13 June to 14 June 2018.

A Death That Shocked A Nation

The case had captured the nation’s attention from the onset given the circumstances in which Nazrin was found dead.

Nazrin reportedly died in a fire that started due to a spark from a charging mobile phone.

Lead counsel Tan Sri Muhammad Shafee Abdullah. had been quoted by FMT as saying that a Blackberry S2 phone which was being charged was 90% destroyed.

The court’s decision today had already set tongues wagging, with netizens asking why the prosecution had failed to prove its case.

Surrendered But Not Giving Up

Family members of Nazrin want the prosecution team to appeal against the court’s decision.

Nazrin’s brother, Dr Abdul Aziz, 62, said many questions were not answered in the trial.

As such, his party wanted to get justice and find the truth about his brother’s death.

We are grateful for the court’s decision even though it is not in favor of our family. We are asking for the prosecution to appeal and we are asking for justice. InsyaAllah the truth will arise, we pray.

Abdul said if the prosecution does not appeal, he will do so and ask for an inquest on how Nazrin died.

The atmosphere in the court lobby turned chaotic for a while when media personnel were prevented from taking pictures of Samirah.

The situation occurred after the lawyer representing Samirah allegedly shouted and tried to push the photographers who wanted to carry out their duties.

The incident happened when Samirah and some lawyers arrived to take the elevator to the High Court.