The man is said to have removed his social media accounts due to online backlash over his remarks. 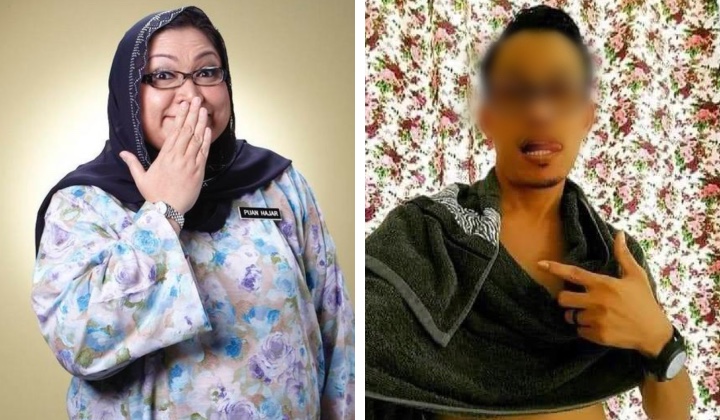 The recent passing of the great all-around artist and entertainer Adibah Noor has made many people sad and shocked.

Many were unaware of Adibah Noor’s cancer all this time.

Not only do celebrity friends feel the loss, but ordinary people are also saddened.

Adibah Noor was an individual who was often considered helpful and had an outstanding personality.

However, one individual left a comment on Facebook that has attracted so much attention that it went viral and spread on other social media platforms.

The comments left by the man angered many netizens because he did not seem to have any sympathy for what had happened.

Among those who rebuked him was the lawyer and activist Siti Zabedah Kasim, better known as Siti Kasim.

Words Are Powerful Weapons And Can Do A Lot Of Damage

The man left a comment allegedly reprimanding the deceased’s aurat.

Netizens felt that it was unnecessary at all; moreover, the choice of words was excessive.

Not only that but there was another rude male individual who also reprimanded the deceased’s aurat.

He felt disgusted when the media portals published news about the deceased.

Aurat means intimate parts. In fiqh (Islamic jurisprudence), it means part of the body in a person that is required to be concealed or protected from the sight of non-mahram.

In Islamic law, mahram means a person whom you are not allowed to marry, and it is permissible to see them without a headscarf and shake their hands and hug them if you like.

Meanwhile, netizens did mince their words in rebuking the man.

Netizens said he should have discussed and presented viewpoints in a reasonable way, instead of speaking inappropriately.

They also told him to respect people who had just passed away and not mock them when family and friends going are going through difficulties and discomfort.

Some even messaged him directly to voice their displeasure.

Netizens also dug up the past comments and posts made by him which were inappropriate, to say the least.

Yall dk how disrespectful it is to edit a hijab/censor their body despite them wearing as modestly as they can.

Don’t do that to Adibah Noor. Yall wishing her peace but yall are not giving her any peace by pointing out her aurat. Just shut up.

Meanwhile, it appears that he had backed away from the criticism and even deleted his social media accounts.

Netizens said the online backlash should serve as a reminder to him not to count other people’s sins.

Siti Kasim Likes Her ‘Tacky Flag’, Netizens School Her On Missing The Point