The Muar MP confessed that it was pretty difficult to convince fellow MPs to play in a football match. 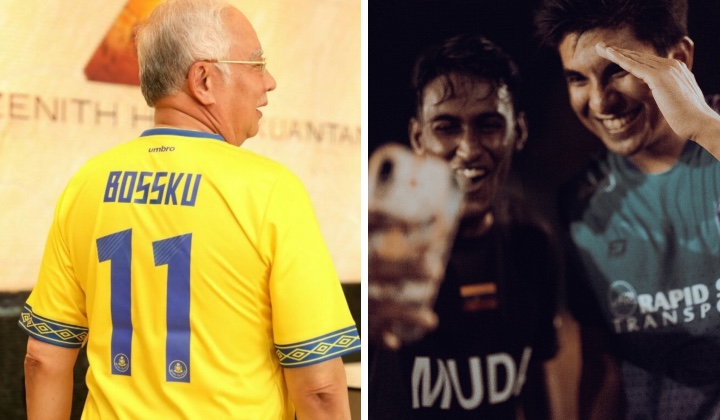 Is it ever a good idea for members of Parliament to be playing football.

No doubt many Malaysians would love to see their MPs thrash it out on the field, especially when it’s for a good cause.

Muar MP Syed Saddiq Syed Abdul Rahman said he had been wanting to play football with fellow Parliamentarians but they had always been tied up with work.

The MUDA president was met by TRP after playing a charity football match between MUDA Wilayah and MUDA Johor.

In his role as a centre midfielder, Syed Saddiq played the beautiful game for more than two hours at the KL Football Academy in Kuala Lumpur.

MUDA have come up with playing football as a different way to raise charity. If the MPs are up for a match, we are all for it.

A match between MPs will certainly set tongues wagging.

There is no shortage of football lovers among the elected representatives in the august hall of Dewan Rakyat.

In fact, many MPs have taken a deep interest in the game, notably Pekan MP and former prime minister Datuk Seri Najib Razak, who is a Manchester United fan.

Rembau MP and present Health Minister Khairy Jamaluddin even helmed the Football Association of Malaysia (FAM) for a period.

Even when they are not playing the game, MPs have ensured that the game gets the resources it needs.

Some MPs even admitted that they missed playing the game.

With the 2022 World Cup around the corner, it’s all the more reason for MPs to do a different kind of legwork.

Hopefully, Malaysians will be treated to an epic match between the MPs soon enough.

Once Upon A Time

On 29 September 1988, a football match was organized between the Cabinet Members and the BN Backbenchers Club in Kuala Lumpur.

Najib was the Minister of Youth and Sports from August 1986 to October 1990. He suffered a knee injury during the match.

The match was organized as the last game for former national football legend, the late and great Datuk Mokhtar Dahari, affectionately known as Supermokh.

Supermokh, popular with the number 10 jersey, was later reported to be aware of his disease, ‘motor neurone’, a condition of the muscles and nerves, in November 1988.

The disease left Supermokh weak and lifeless: when walking, he staggered.

He is considered a legendary player in Malaysian football history, notably with Selangor FA.