The money mules included security guards, a lorry driver, a fisherman and a site supervisor. 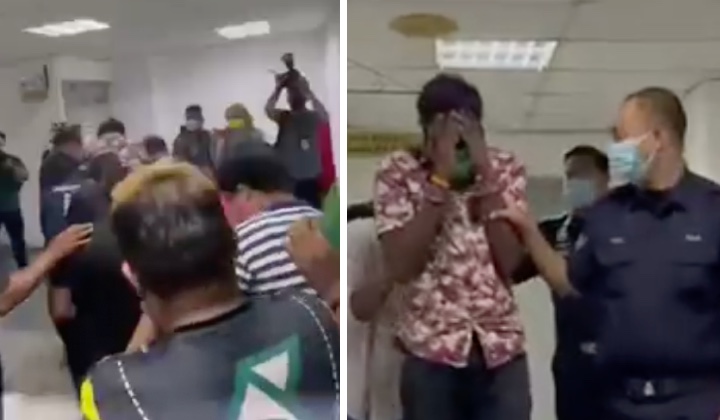 A school teacher lost more than RM3.14 million which went into the accounts of 10 money mules.

A money mule is someone who transfers or moves illegally acquired money on behalf of someone else.

China Press reported that the money was deposited between 20 February and 4 April, with the amount ranging from RM40,000 to RM2.3 million.

In addition, on why the teacher had assets of RM7.3 million, a Bukit Aman police officer explained that the funds came from the victim’s father.

It was her father’s investment in the Amanah Saham Nasional Bhd (ASNB), and the victim was in charge of managing the investment.

The victim was a teacher at a private school, and her father was the chairman of a company.

The police added that the victim had already received a fraudulent call in February.

Funds had been flowing out of her bank account since February, and the victim only realized it was a scam in April and reported the case.

According to the investigation, there were as many as 148 transfers made.

It took the police less than a month and a half to arrest and charge the first batch of money mules.

While Malaysia is not the country that produces the most scams, there had been many victims in the country.

Young people are falling victim to online scams at a higher rate than ever before, but older generations are losing the most money to them.

Scammers know how to get their targets out of their logical thinking and into an emotional state where logic goes out the window.

They will keep their victims in the con as long as they can, and many will never see the signs until it is too late.

Even policemen had been targeted by scammers.

Protect Yourself From Scams

If you think you may have just been scammed, you can try to contact the bank or credit card company that was used to make the transactions.

You’ll also need to file a police report and, if relevant, a second report to Bank Negara Malaysia (BNM).

On their website, BNM has clarified that this hotline is not just for people who have been scammed, but even those who are aware of a scam.

So if you come across any banking scams, give BNM a call.

A human resources manager lost RM132,900 in a Macau scam after being duped by a syndicate member over allegedly getting an extra supply of medicine at a community clinic.#Malaysia #berita #terkinihttps://t.co/1OBFYi4TJr pic.twitter.com/9Pux6UaGsB

With resistance and determination, victims can recover the money though it is few and far in between.

READ MORE: Scam Victim Manages To Recover His Money, Helped 9 Other Victims Too

You can also lodge internet scams through http://aduan.skmm.gov.my/ or any complaint channel provided by MCMC.

MCMC will investigate the complaint and assist you to solve issues that you face.