The accident happened in the wee hours of the morning at 4am. 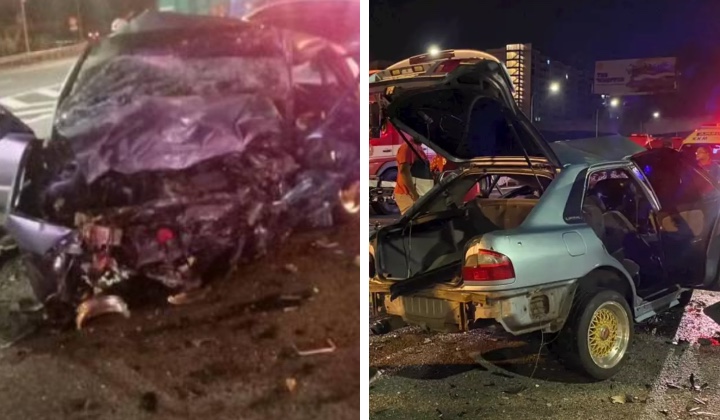 Selangor Fire and Rescue Department (JBPM) Assistant Director of Operations, Hafisham Mohd Noor, said they received a call at 4.11 am.

A fire and rescue team from the Anggerik Fire and Rescue Station (BBP) rushed to the scene.

When they arrived, they found an accident involving two Proton Wira.

The accident involved five victims, and four deaths, including two women, were confirmed dead at the scene. Another victim was injured, and all the victims are estimated to be 27 to 30 years old.

All the victims’ bodies were taken to Shah Alam Hospital for autopsy.

Witnesses or members of the public with information are asked to assist in the investigation by contacting the Traffic Investigating Officer, Shah Alam District Police Headquarters (IPD), Inspector Muhammad Hanif Sukri, at 014-8066744.

Unfortunately, it is not the first time accidents have been caused by people driving against the flow of traffic.

Many such incidents had happened, with no clear solution in sight.