Malaysians are surprised that Israel, regarded by many as the enemy of the Arabs and Islam, only ranks 7th. 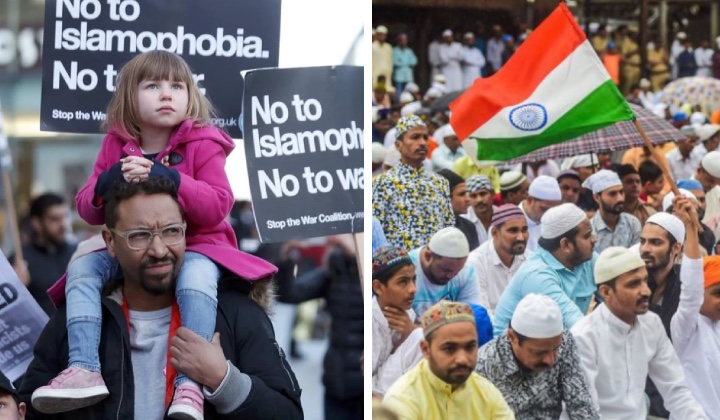 The Malaysia Muslim Consumers Association (PPIM) has released a survey which lists the top 10 countries prejudiced against Muslims.

PPIM cited the 14th Annual Report of Islamophobia prepared by the Organization of the Islamic Cooperation (OIC).

Besides India, major western countries such as the United Kingdom, United States, France, Canada and Germany are also more likely to hold prejudiced views about Islam than Asian countries, according to the survey.

In one of the most detailed surveys conducted on Islamophobia, the survey detailed how Muslims had been subjected to fear, hate, and prejudice.

Muslims also suffered from deliberate act of discriminations against Muslims, insults upon Islamic sacred symbols and venerated figures, and even into violent crimes against people with Islamic attires.

The survey was carried out by OIC over concerns of intentional attempts to tarnish the image of Islam as religion together with its over 1.9 billion followers.

OIC said the majority of them have in fact built up radiant civilizations and stood as an exemplary model of tolerance and coexistence.

Malaysians have responded with sadness, disappointment and an indignance at the survey.

Many said they are not surprised that the Indian public is the most likely to hold prejudiced views of Islam than they are of all countries.

Some lashed out their anger at the Indian migrants working in mamak stalls, while others urged for cooler heads to prevail.

At the same time, some expressed hope that the Muslim populations in some western countries will eventually become the majority and put an end to the discrimination.

Others questioned why China is not in the list for its persecution of the Uyghur Muslims in Xinjiang.

Netizens call for the boycott of India as a remedy to deal with Islamophobia, which could pose practical ramifications for Malaysia.

India recognises Malaysia as an important partner in Southeast Asia.

It was not too long ago that India reduced its import of palm oil from Malaysia over diplomatic rows.

India is the largest palm oil importer in the world. Perhaps the cost of Zakir Naik is worth more than this palm oil deal!

The high quality of education, low cost and India’s geographical proximity has also made Indian institutions of higher learning one of the most sought after places for the Malaysian students for pursuing higher studies.