The son is said to be unhappy with the distribution of his father’s inheritance. 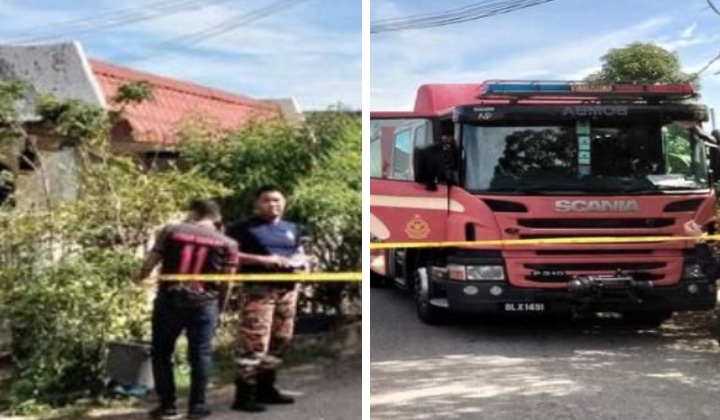 Police arrested a 42-year-old man following the discovery of 15 pieces of flesh resembling human limbs in a sewage tank.

The gruesome discovery was made at a house in Taman Kerian in Parit Buntar on Saturday.

Perak Police Chief Datuk Mior Faridalatrash Wahid said the authorities received a report on the incident at 3.30 pm that day.

A team from the criminal investigation division, assisted by the Forensic Unit of the Perak Contingent Police Headquarters (IPK), immediately rushed to the scene.

Further examination at the scene found pieces of flesh believed to be limbs of a 68-year-old elderly woman.

Following that, the police arrested the suspect, the victim’s son.

Police also seized a machete, two knives and items used by the suspect to commit the murder.

The initial investigation found that the cause of the incident was that the suspect was not satisfied with his father’s inheritance.

The suspect and his mother have lived in the park for 12 years after his father’s death.

The suspect is currently detained, and the case is being investigated under Section 302 of the Penal Code.

The grisly murder caught the attention of netizens, who are worried about the rise in violent crimes.

How Does Inheritance Work In Malaysia?

In Malaysia, there are different sets of laws for Muslims and non-Muslims when it comes to marriage, divorce and inheritance.

The Muslims are subjected to Shariah law in these aspects while the non-Muslims follow the penal code established by the British.

But who inherits when there is no will?

If you do not have a will at the time of your death, you are said to have died intestate.

Intestacy is the condition of the estate of a person who dies without having in force a valid will or other binding declaration.

Your estate will be distributed according to a designated formula in the Distribution Act 1958 unless you are a Muslim in West Malaysia and Sarawak or is a native of Sarawak.

No one mentioned the inheritance law, where your wealth will go to the closest male Muslim relative. If you and your partner leave this world, you have to worry if that (maybe distant) male Muslim relative is going to look after your immediate family or your non-Muslim parents.

How Do I Make A Legal Will In Malaysia?

You can write a will without a lawyer in Malaysia by fulfilling the following requirements:

Generally, you should only write your own will if your wishes are very simple.

A will does not need to be stamped in order for it to be valid in Malaysia.

My legal associate wrote an article about how to execute a will. Step by step. Quite helpful for those looking to DIY. https://t.co/VC6i7EDMLI#inheritance #law #probate #Malaysia