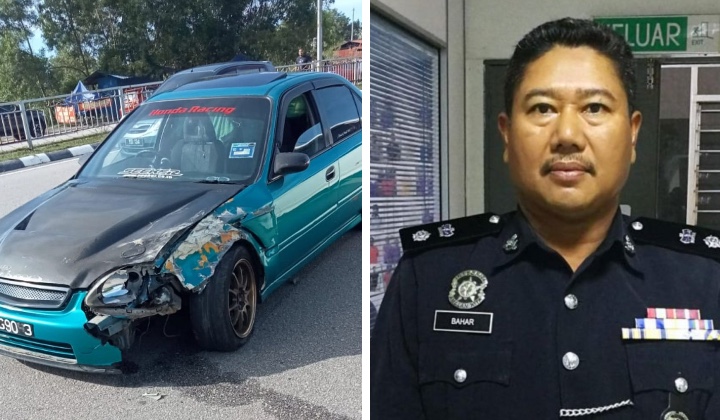 Dungun police are tracking down the driver of a green Honda Civic who fled after being involved in an accident at Kilometer 2, Jalan Paka-AKBS, last Wednesday.

The driver of the Honda Civic, who is a local, did not return home after the accident.

Based on preliminary investigation, the driver of the Honda Civic was reckless and failed to control the vehicle.

The carelessness resulted in an accident in front of Sekolah Menengah Kebangsaan Paka.

The Viva driver was slightly injured in the accident.

The case is being investigated under Section 43 (1) of the Road Transport Act 1987.

Baharudin said the police are always committed to ensuring that traffic rules are complied with by all road users, to avoid accidents.