The company previously completed the same project in 2015 for RM82.3 million. 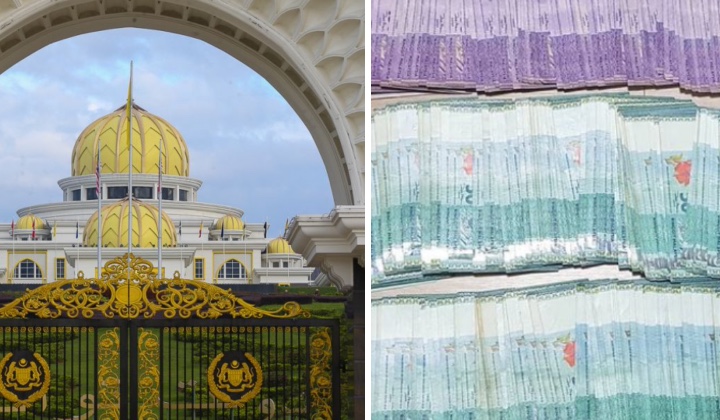 The maintenance cost of Istana Negara caught the attention of Malaysians after it was revealed that a company was offered a contract worth RM519m for the project.

The Public Works Department (JKR), in responding to an online report, clarified that the amount is for a period of seven years which ends this month.

JKR said in a statement that the scope of work comprised an area of 24.1.3 acres and involves several key components.

JKR also emphasised that all maintenance works are carried out as per government guidelines on building maintenance.

It went on to add that the maintenance works are necessary as the palace represents the sovereignty and identity of the nation.

It’s Always About the Money

Netizens have questioned the wisdom of spending such a colossal amount when the people are struggling with rising prices.

The concerns among the public about the expenditure focus on several areas amid a feeling that tough questions have not so far been asked:

Imagine in today’s news, a high-schooler fall down from a bridge to cross to get to her school.

And yet we spent THIS amount for Istana Negara. You guys babi memang babi. https://t.co/kfbOTVnfP6

The company is a public-listed investment holding company which is principally involved in construction activities and integrated facilities management services.

It has been active in the business since 90’s and have now diversified into many sectors such as construction, facility management.

What Do The People Know About The Government’s Finances?

The people are unlikely to shed any tears if the government trims down on maintenance expenses.

They are convinced that the government can ill afford to spend so much money on it.

Netizens said the writing is on the wall since the government is considering to bring back the GST.

PM Ismail Sabri reinforces the view that UMNO will reintroduce GST. The last time is was introduced poor implementation and GST-related inflation contributed to the party’s downfall. https://t.co/nz2yeJqQyz

There is also the debt of 1Malaysia Development Bhd (1MDB) that continues to put a heavy burden on the country.

At the same time, people are concerned about the expenses incurred by the ministers.

People are sceptical if the overseas trips are necessary, not to mention the retinue of civil servants who usually accompany the ministers abroad.

Hopefully the ministers will get inspiration as they travel across the globe, on how to save taxpayers’ money and use it wisely for the welfare and development of the country.