The Perak MB is suggesting that people grow vegetables and raise their own livestocks to deal with rising prices. 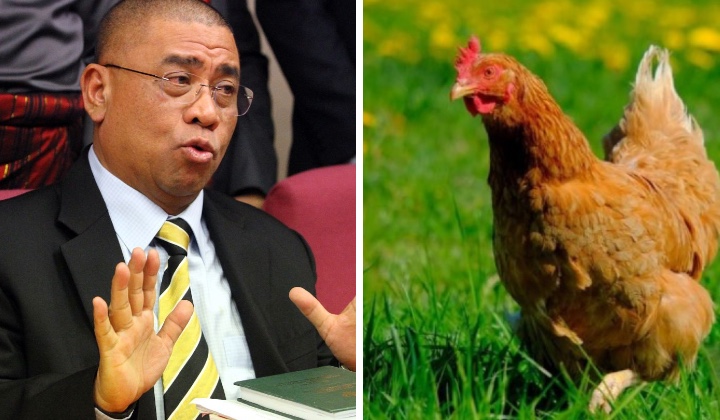 Keeping animals has become quite common in Malaysia, and listening to dogs barking and cats meowing is common in residential areas.

But what if in some situations, you hear the sound of a rooster crowing or a cow ‘mooing’?

That could come true sooner than you think if Menteri Besar Datuk Seri Saarani Mohamad is taken seriously.

Saarani has come under fire for telling the people to grow their own vegetables and livestocks to deal with rising food prices and the lack of food supply.

His reasoning is that vegetables can be grown while goats, cows, buffaloes and chickens can be raised as food sources and can be sold if the supply is in excess.

That’s why I campaign everywhere so that what we want to eat, we grow and rear ourselves so that we do not depend too much on supplies from outside.

Datuk Seri Saarani Mohamad on self-sustenance in the face of food shortage and rising prices.

He was speaking to reporters at a Perak Agriculture Development Corporation (SADC) Agrofest event in Taman Herba Gopeng on Tuesday.

In collaboration with the Perak State Agriculture Department, SADC will develop the Manong Agrotechnology Park Project in Kuala Kangsar on 40 hectares.

Saarani said the purpose is to strengthen food security.

Netizens were outraged at his suggestion given the obvious challenges unique to city environments.

They said the thought of growing food right in your own backyard its all well and good, is, until you get a whiff of that animal poop.

A stinky, noisy farm animal grazing and pooping in someone’s backyard could raise tensions in a neighbourhood.

People live in a city because they don’t want to live near a farm, and that’s the whole point.

Slaughter is also a public health concern because if animals aren’t killed properly, their meat can become contaminated.

In recent years, some city dwellers have embarked on the path of urban farming, dominated by producing vegetables.

Aside from the issue of quality of life, cost effectiveness and the lack of space are also serious challenges.

You Can Be Sued If You Raise Chickens At Home

At the same time, there are laws on urban farming and livestock, which means people could end up being fined.

In the past, local councils have raided residential homes found to be raising livestocks.

Maintaining or breeding in residential areas is a serious offense as it involves public health and hygiene.

Netizens said the authorities needs to play a bigger role in providing information to people if such activities in residential areas are allowed.

Between A Rock And A Hard Place

Saarani’s statement came in the wake of a fake news claiming that PAS deputy president Datuk Tuan Ibrahim Tuan Man had told Malaysians to rear five chickens in every household.

Pas Tok Lebai Tuan Ibrahim suggested each household to rear 5 ayam, that will make ctry sufficient of ayam supply. Why didn’t this Tok Lebai proposed to slaughter some of the 72 lembu in the cabinet, that will save hundreds of thousands ringgit for rakyat! 🤔😱😁 pic.twitter.com/Z81fNalPmW

Public dissatisfaction has skyrocketed as food prices hit their highest level with people feeling the pinch.

Meat is increasingly off the menu for many, and when prices rise, it is the poorest who pay dearest.

As consumers complain that everything is expensive now, they are not alone.

Business people moan that it’s getting harder to do business, as food distributors and restaurants are also feeling the pinch.

Supply chain disruptions stemming from the pandemic and Russia-Ukraine war that has hit material outputs have made the situation worse.

So much so that fast-food chain customers are complaining that the restaurants have run out of chickens.

The worst fear is that Malaysia’s food price inflation may have only just begun.